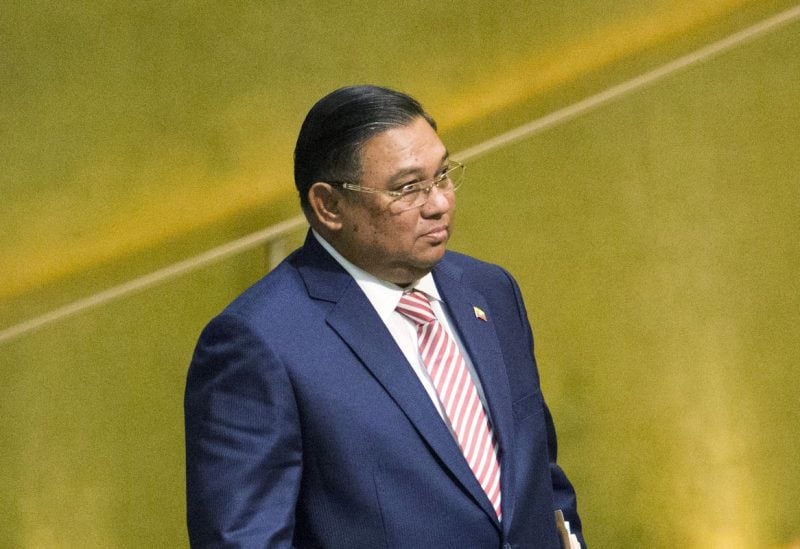 Thailand hosted regional discussions about the crisis in army-run Myanmar, including rare overseas appearances by junta ministers. However, despite invitations, some important ASEAN members did not participate.

According to Thai Foreign Ministry spokesperson Kanchana Patarachoke, the talks were attended by the foreign ministers of Myanmar, Laos, Cambodia, and Vietnam as well as the deputy foreign minister of Vietnam.

There were no representatives from Malaysia, the Philippines, Indonesia and Singapore – the junta’s most vocal critics in the Association of Southeast Asian Nations (ASEAN).

No concrete results were reported from the discussions, which Kanchana said focused on humanitarian assistance and finding ways to implement an ASEAN peace plan known as the Five-Point Consensus.

The 10-member grouping has seen internal discord over whether to engage with the military that seized power on Feb. 1 last year in a coup that derailed a decade of democratic progress and plunged Myanmar into conflict and economic ruin.

Thailand’s Kanchana said Thursday’s meeting was held on the sidelines of Thai-Myanmar bilateral talks in Bangkok.

“The consultation was a non-ASEAN meeting but intended to complement ASEAN’s ongoing collective efforts to find a peaceful political resolution,” Kanchana said in a statement.

“Therefore, the Myanmar delegation urged ASEAN member states to denounce terrorist activities of NUG, PDF and to discourage any moral, material and financial support for the terrorist organizations,” it said.

ASEAN, which makes decisions by consensus, agreed last month to keep sidelining Myanmar generals until they comply with its stalled peace plan, which remains the only diplomatic process in play.

The meeting came a day after the U.N. Security Council adopted its first resolution on Myanmar in 74 years, demanding an end to violence and for the junta to free all political detainees. Myanmar’s junta did not answer calls seeking comment.

Malaysia confirmed it would not attend the Bangkok meeting but did not provide a reason. The Philippines said its foreign minister would also not join, without elaborating.

The foreign ministries of Indonesia, the 2023 ASEAN chair, and Vietnam said their top diplomats were occupied with an official visit to Jakarta by Vietnam’s president.

Singapore’s foreign ministry did not respond to a request for comment.

However, a diplomatic source who declined to be identified read to Reuters what they said was a letter signed by Singapore’s foreign minister to the host, which objected to the meeting as ASEAN had agreed to exclude the junta from such events. Reuters could not verify the letter’s content.

“Any meeting convened under ASEAN, formal or informal, should not divert from this decision,” it said, according to the source.