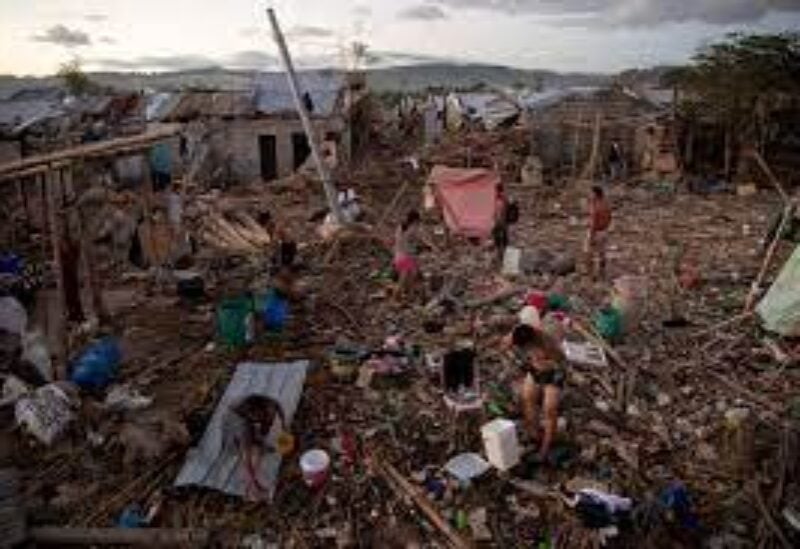 The Philippines has requested funding from a United Nations environmental fund for seven projects aimed at mitigating the devastating effects of climate change. Despite this, only one has received funding since 2016, and it’s not because the $17.3 billion fund is short on funds.

Bureaucracy and a flood of information requests have stymied applications to the United Nations Green Climate Fund (GCF) for projects to combat climate change in a country plagued by typhoons, droughts, and rising sea levels, according to Mark Joven, undersecretary of the Philippines finance department.

Projects can take up to four years to get started, which is much too long for urgent needs like flood defenses. “By then, the city requesting for a flood facility would have already sunk beneath the flood it was trying to fix,” Joven explained.

The GCF, which was established to assist developing nations in reducing carbon emissions and adapting to a warmer world, stated that it had assisted the Philippines in developing know-how, but that its work had been hampered by permit issues and Manila’s efforts to change which entity dealt with the fund.

Meanwhile, efforts to adjust GCF policies to ease access to funding have been hindered by wrangling on the board between rich and poor nations over how it should approach climate finance, a board member and a German climate finance official said.

“We allowed it to become too political,” said board member Victor Vinas, saying national rivalries on the board unrelated to climate politics also sometimes hindered these efforts.

A GCF spokesperson did not comment on board issues or complaints over bureaucracy but said the fund was accelerating its work.

Helping developing nations secure funds to cope with climate change is a central issue at the U.N. COP26 conference in Glasgow this month, but funds offered so far have not come near the $1.3 trillion some developing states say they need each year by 2030.

The GCF, the largest intergovernmental fund to address climate change, is part of that financing infrastructure. Governments have pledged $17.3 billion to the fund since its launch in 2014, of which the fund has received $11.5 billion.

Applications to the fund swelled to $22.4 billion by October, a GCF document showed. The GCF says no project approval has faced any delay so far because of a lack of funds.

The fund has committed $10 billion to 190 projects, yet only $2.1 billion has been paid out so far, the GCF website says.

The GCF spokesperson said disbursement lagged as funds were paid over a project’s lifetime and many were at an early stage. The pandemic had also slowed progress, the spokesperson added.

But some blame other factors for slow approvals. Pierre Daniel-Telep, a former GCF official and now a climate finance consultant, said the fund’s conditions and milestones attached to payouts were often unrealistic or too difficult for poorly-resourced governments to meet.

The fund also aims to draw in private cash, but a report by the GCF’s independent evaluation unit said in February the fund attracted just 18 cents in private cash for each dollar it invested on projects focused on adapting to climate change, citing “insufficiently predictable” decision-making.

The GCF said its portfolio of approved projects had grown by 40% since that February report and that it attracted about $2.70 for every $1 dollar invested on average across its portfolio.

GCF Executive Director Yannick Glemarec told Reuters that processing project proposals had often taken a long time in the past but the fund had now built up its operational capacity and improved governance to speed up.

He said the GCF approved projects worth $2.5 billion every year and had cut the time between proposal review and first pay out to an average of 12-17 months, from 26-28 months in 2018. He also said the fund was hiring five people a month to manage its portfolio.

Some projects have moved fast. A solar plant in Mongolia was operating just over a year after GCF approval, the fund said.

But Glemarec said progress was at risk, with the possibility approvals could be delayed next year due to insufficient funds.

Joe Thwaites, a climate finance expert at U.S.-based think tank the World Resources Institute, said the GCF was operating in line with or slightly behind other climate finance institutions in the first four years of their lives.

He said two other U.N.-backed funds, the Adaptation Fund and the Global Environment Facility, had more streamlined processes because they had been around longer, starting around 2007 and 1992, respectively.

But he said the GCF needed to rethink some demands it put on developing countries. As an example, he cited GCF requests in some cases for 30 years of weather data from countries where this didn’t exist because of conflict.

“That’s a good example of where very, very well-meaning requirements … can put up hurdles particularly for smaller entities,” Thwaites said.

The GCF spokesperson said it had a flexible approach about data and was working to ease challenges around data requests.