The Middle East should be afraid of Iran’s Ebrahim Raisi 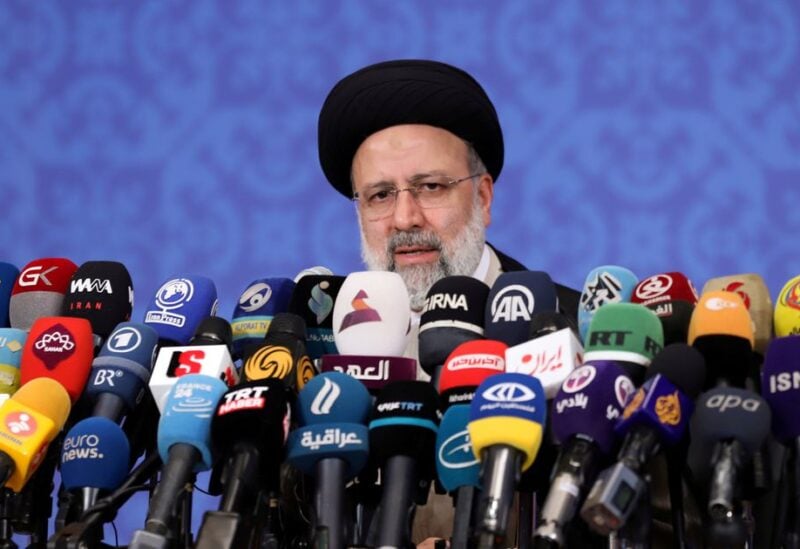 Iran’s newly elected president, Ebrahim Raisi, is known for his brutal and fanatical devotion to the Islamic Republic, a history that it would serve Middle Eastern nations well to remember in future foreign policy dealings with the country.

Raisi’s selection by Supreme Leader Ayatollah Khamenei as president is meant to facilitate a smooth succession and instill fear in Iranians yearning to break free from the theocracy. While domestic politics drove the selection of Raisi, it nonetheless has implications for foreign policy. Raisi and Khamenei, who will likely feed each other’s hardest impulses, will surely lead to further Iranian intervention in the Middle East, an expanding ballistic-missile program, and unrelenting hostility toward Israel and the Arab states of the Persian Gulf.

Raisi is the top contender to succeed Khamenei once the 82-year-old leader passes – although the road to succession may be a turbulent one. Knowing that the key to succeeding Khamenei is his approval, Raisi’s main goal over the next few years is not to lose the Ayatollah’s trust. As a result, he will be Khamenei’s most loyal disciple as long as Khamenei and the hope of succession are alive.

Raisi adheres to all of Khamenei’s key principles, including maintaining the revolutionary status quo, his rabid anti-Americanism, and dedication to advancing Iran’s missiles and nuclear programs. At the same time, Raisi has been careful not to outbid Khamenei in his radicalism.

Unlike some of Khamenei’s supporters, Raisi does not oppose the US return to the nuclear agreement or the Joint Comprehensive Plan of Action. Like Khamenei, he understands that the regime desperately needs an infusion of cash. US sanctions have served as a constraint on the Islamic Republic’s ability to fund its most nefarious activities, therefore a US return to the JCPOA and the easing of sanctions will see greater resources for regional expansion.

Raisi also believes in Khamenei’s concept of the “resistance” economy, a rather vague doctrine of self-sufficiency that prioritizes the local supply chain over the interconnections of a global economy. In practice, it means less reliance on imports, limited trade with the West, and expanded trade with countries that pose no cultural and political risks. The resistance economy is not a formula for growth but may serve the Islamist regime well as its key goal is to minimize the effect of sanctions.

If a deal is not reached in a few weeks, the Raisi administration, facing high inflation and limited access to hard currency, has little choice but to continue negotiations. The regime may use more threatening actions, including military attacks on US and allied targets, to extract more concessions from Washington. Alarming advances in uranium enrichment and other moves toward nuclear weaponization are an increasing possibility. The regime appears to view amping up the West’s nuclear fears as a valuable strategy against the US in Vienna. Raisi has said clearly, as has the supreme leader, that he is not willing to negotiate on other issues such as missiles and Iran’s regional activities. Thus, the Biden administration’s intention to negotiate a “longer and stronger” agreement is unlikely to happen.

And Raisi shares Khamenei’s intense hatred for the Arab monarchies. Like the supreme leader, Raisi has used very harsh words to describe Saudi Arabia, and is an active promoter of anti-Semitism, seeking the annihilation of Israel.

Henry Kissinger once asked whether the Islamic Republic views itself as a nation-state or a revolutionary cause. Raisi’s selection provides a final answer to his question. The Biden administration should take note.