The US Pullout from Iraq 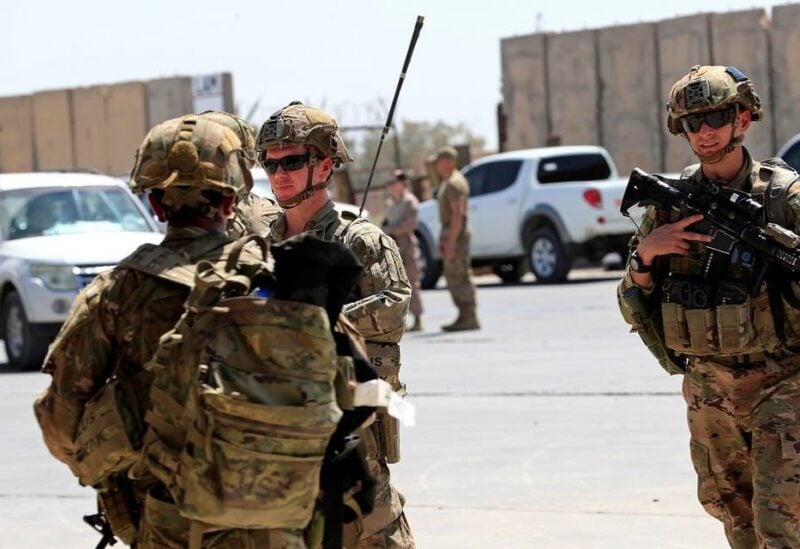 US President Joe Biden took advantage of the Iraqi Prime Minister Mustafa al-Kadhimi’s presence in Washington to announce the final US pullout from Iraq — once and for all. This is not the first time a US administration decides to leave Iraq, though. On his last visit to Baghdad, former President George W. Bush announced the beginning of the withdrawal, after the mission of overthrowing Saddam Hussein was accomplished. The 44th US President Barack Obama, who believed that the US war in Iraq was a war in the wrong place, also made the decision to leave the country. Obama was succeeded by Donald Trump, who was not only against entering Iraq from the very beginning, but even maintained that all US military interventions since the Korean War and until Iraq were huge blunders.

This time, things are indeed serious. President Biden’s decision does not only order a complete pullout of US troops, but also entails a kind of disengagement, not only from Iraq, but from Afghanistan before that.

Our generation is familiar with this multidimensional situation. We remember how it seemed that the world was turned upside down following the horrific 9/11 terrorist attacks, after which the sole remaining global superpower set out to restore the world order. It started with the war in Afghanistan, then the Iraq war ensued. In the latter, military operations were broadcast live across the globe, in a striking departure from coverage of previous wars in terms of comprehensiveness. The news and footages were delivered “on-time,” untainted. But this tremendous clarity eventually revealed deception! The other side of the coin was the US expression of its leadership of the world and globalization itself, including the reconfiguration of political values and systems. Perhaps this latter version of the US was the one that eventually left Kabul as the Taliban marched towards it, in a reversal of what happened two decades ago; and now leaves the Green Zone in Baghdad as Iranian missiles and terrorist bombers surround it from all sides.

This double-faceted story will be retold by countless books, and scores of volumes will not suffice to display the documents authorizing the war. Until now, there is no precise count of how many lives and opportunities and how much equipment were lost in the war. But to think that the US withdrawal from Afghanistan and Iraq is an exit from the world order would be a mistake. Rather, the pullout is first and foremost an attempt to identify errors and sins. Despite the seemingly congruent decisions of Presidents Bush Jr., Obama, and Trump in the past, and Biden now, one should not overlook the latter’s goal for the US, which is to lead the world; and such leadership cannot be synonymous with withdrawal.

In military terms, this is repositioning, in the sense of reshuffling the cards and the elements of power. For starters, the US is well aware that military force is not the only manifestation of state power, and to burden it with more than it can take and implicate it in endless wars is a violation of the rules of the prevalent global system, in which economy, thought, and soft power are the foundations of influence and change.

Military force will probably not disappear. Instead, its capacities will shift. In fact, they already began this shift some time ago, with direct remote attacks being launched even from within US soil, leveraging the prominent rise of UAV technology. Gigantic naval vessels will transform the seas and oceans into mobile, faraway battlegrounds, depriving the wars of suicide attacks and roadside IEDs of their key features in dealing with mighty powers. Last but not least, cyberwarfare has made its debut, and will likely be responsible for disruption, delusion, and murder, if necessary. Will space play a role in the current US pullout and future US invasions? The answer is in the affirmative, not only with respect to the generation of ideas and values, but also in hunting down those who should not be hunted down.

Part of this US repositioning entails a kind of strategic latency that gives priority to the US economy or society. Since entering the White House, the Biden administration has successfully mobilized trillions of dollars to bail the country out of the COVID-19 crisis first, then build infrastructure, renovate everything that follows in terms of industry and technological development, search for a method and way out for the US to overcome its many divisions, and perhaps prevent Trump from returning to the White House. This picture of upcoming US changes seems like some outer space movie in which everything is shiny and glittery and people work all the time; where labor, production, and all aspects of life happen in one place as the cosmos cascades in picturesque scenes — occasionally disrupted by crossing black holes.

The historical American dream has always been the American experience itself and its own appeal, which attracted millions of people to a country bordering two oceans, which succeeded in a quarter of a millennium in leading the world far more dominantly than even the Roman Empire did. Now, after Afghanistan and Iraq, it will either embark on an all-new path that is more suited to life in the twenty-first century, or maintain the philosophy that led to the destruction of nations that eventually brought their venom into the US itself.