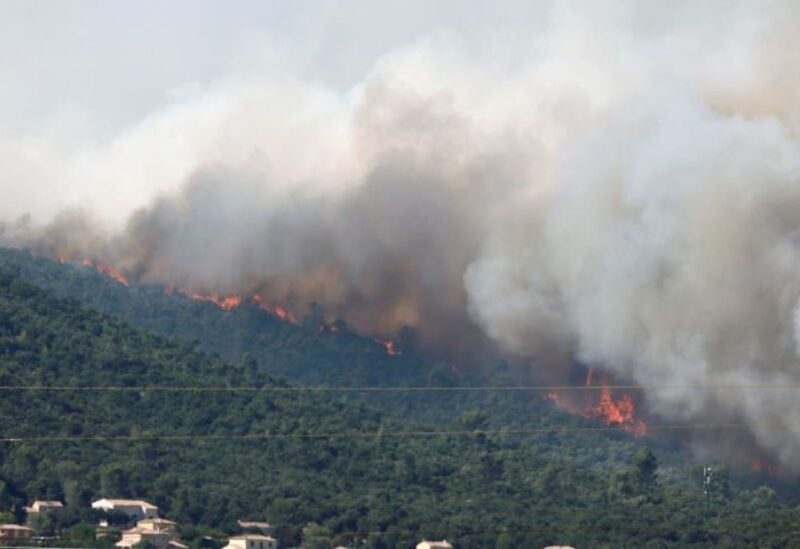 Smoke fills the sky as flames from a wildfire burn trees near Seillons, in the Var department, France, July 25, 2017

Interior Minister Gerald Darmanin said French firefighters struggled on Tuesday to contain a large wildfire in the southern region of Var, adding that he would visit the area to monitor the situation.

Authorities called on people to stay well away from the blaze, near the village of Gonfaron, about 50 km (30 miles) west of the Riviera tourist town of St Tropez.

Darmanin said that more than 600 firefighters were tackling the blaze and necessary reinforcements would be sent as quickly as possible to protect the population.

The local government official for Var said 12 campsites had been evacuated, and 4,000 hectares (9,880 acres)of land had been burnt.

Bouts of extremely hot weather have hit much of the Mediterranean region in recent weeks. Two wildfires, fanned by strong winds, raged out of control near Athens on Monday, forcing the evacuation of villages.