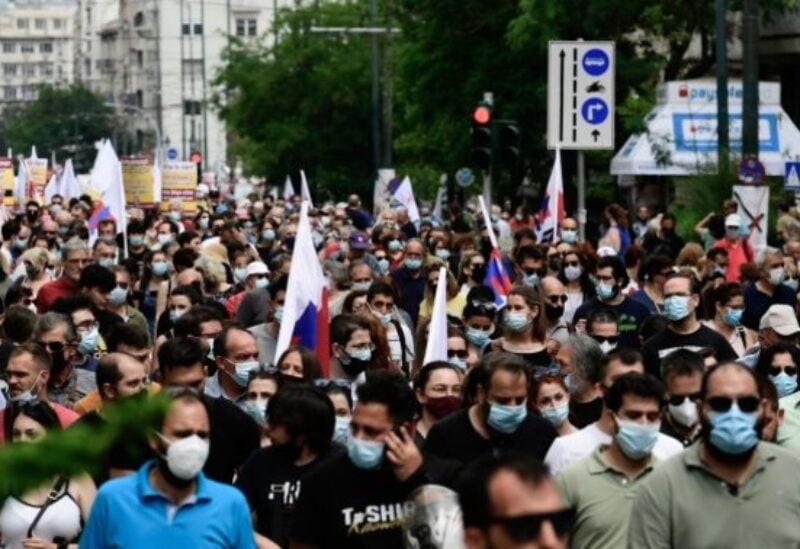 Thousands of Greeks marched in Athens on Thursday to protest the government’s plans to alter labor rules, which unions claim will weaken workers’ rights and allow businesses to work longer hours through the back door.

The country’s largest business and public sector unions went on strike for a day, halting public transportation and keeping ferries stranded at ports.

The event drew at least 10,000 people outside parliament, which is due to vote on the bill later this month.

In announcing the bill in May, Prime Minister Kyriakos Mitsotakis’ conservative government said the measures would modernize “antiquated” laws dating back decades to a pre-internet time when most workers clocked into their offices and factories at the same set hours.

The measures, it argued, would provide workers greater control over their schedules and help combat exploitation, unpaid overtime, and undeclared employment, all of which have contributed to a massive, untaxed grey economy.

The bill’s most contentious provision permits employees to work up to 10 hours on one day and less on the next. Unions are concerned that this may allow businesses to compel workers to work longer hours.

“Hands off the 8-hour workday,” read a banner unfurled near the Labor Ministry in central Athens.

Critics claim that the administration wants to increase the eight-hour work day to ten hours, eliminate the five-day work week and collective bargaining agreements, and make it more difficult to call strikes.

The left-wing Syriza party said the bill was a “monstrosity” and called on the government to withdraw it.

“They will not take us back to the 19th century,” Syriza said.

The bill would also give workers the right to disconnect outside of office hours and introduce a “digital work card” to monitor employees working hours in real time, as well as increase legal overtime to 150 hours a year.