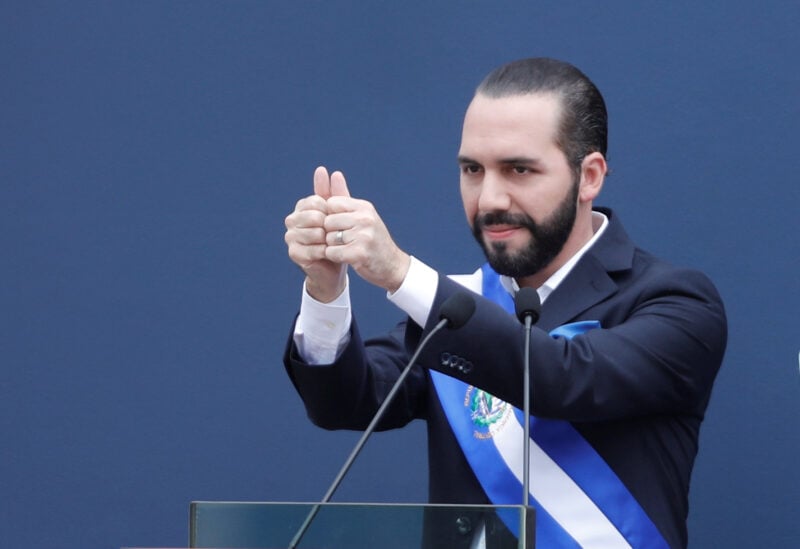 Thousands of Salvadorans flocked to the streets on Wednesday to protest President Nayib Bukele, whom they accuse of trying to consolidate his authority by eroding democratic institutions.
The recent statute making bitcoin legal tender alongside the US dollar, as well as the sacking in May of the judges of the Supreme Court’s constitutional panel, who are among the country’s most senior jurists, as well as the then-attorney general, are at the heart of their grievances.

Replacements seen as friendly to Bukele were swiftly voted, which generated harsh criticism from the United States as well as top international rights groups deriding the moves as a power grab.

The protesters, who vandalized an ATM where you can exchange bitcoins for dollars, also rebuked a court ruling saying the president can serve two consecutive terms, opening the door for Bukele to stand for re-election in 2024.

“It’s important to say this morning: Enough already! What the government is doing is arrogant, it is authoritarianism,” said 49-year-old protester Dora Rivera.

Some 4,500 people, included labor unions, university students, healthcare workers, farmers, lawyers, LGBTQ groups, indigenous communities and members of the opposition politicians took to the streets, according to organizer’s estimates and a Reuters witness.

There was no government estimate on how big the march was.

The protesters brandished banners with slogans such as “Bukele Dictator” and shouted for the polarizing 40-year-old leader to resign.

Bukele, who has been criticized for sending soldiers and police to occupy Congress in 2020 as a way to pressure lawmakers, before his party won a majority in legislative elections, is due to give an address Wednesday night.

“I don’t like the way he (Bukele) is behaving at all, he is like a capricious child,” said Norelbia Arias, a 28-year-old student.

Even so, a recent poll by La Prensa Grafica newspaper showed that 85.7% of the 1,506 people polled across the country in the second half of August approved of the president.