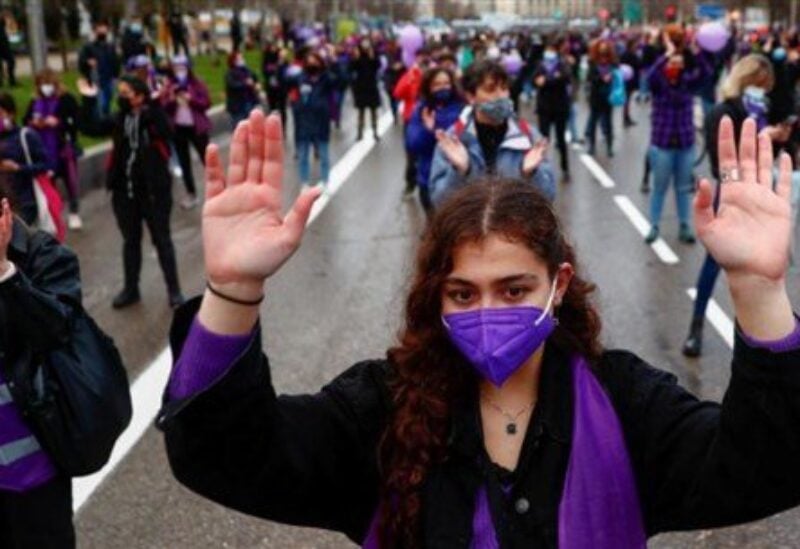 Holding signs such as “Respect my existence or expect my resistance,” thousands of women on Monday protested across Spain against gender violence and in support of equal rights at International Women’s Day rallies.

The largest protest was in Barcelona where several thousand assembled in the city center, mostly women wearing purple clothes and with banners saying: “It will be a happy day when none of us is missing.”

The protest was authorized but attendance was capped at 3,500 people, who had to maintain social distance due to the pandemic.

But defying the ban, around 50 women protested at the city’s famous Puerta del Sol square, with some carrying placards that read: “Male violence is also a pandemic.”

Police stood by as protesters walked around the square and lit a purple smoke flare.

“We are here to claim the right of women to demonstrate … It’s outrageous that the self-proclaimed most feminist government in history is banning women’s marches on March 8,” said Josefina Martinez, 42, spokeswoman of a feminist association.

A group of women also staged a protest after vandals defaced a mural portraying famous women such as U.S. civil rights activist Rosa Parks and Mexican artist Frida Kahlo on the outskirts of Madrid.