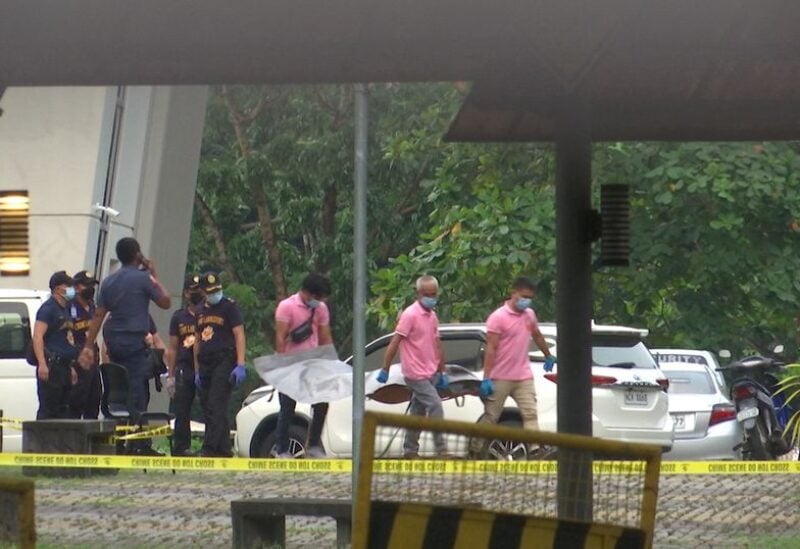 Police investigators carry the body of one of the three people who died during a shooting, at the Ateneo de Manila University, in Quezon City, Metro Manila, Philippines, July 24, 2022. REUTERS/Adrian Portugal

Three people were killed in a shooting during a university graduation ceremony in the Philippines’ capital region on Sunday, including a former mayor from the unrest-ridden south of the nation, according to police.

Remus Medina, the local police commander of Quezon City, claimed that it appeared that Rose Furigay, the former mayor of the southern Lamitan city, had been killed in the shooting.

The suspect, wounded in a shootout with a campus security officer and arrested after a car chase, was now in custody and being interrogated, Medina told reporters.

“He looks like he was a determined assassin,” Medina said, adding he was found with two pistols.

Quezon is part of the Manila capital region, an urban sprawl of 16 cities home to more than 13 million people.

Furigay was shot as she was about to attend the graduation of her daughter at the law school of Ateneo de Manila University, one of the country’s most prestigious, Medina said.

The suspect, who had no relatives at the graduation, was also a native of Lamitan city in Basilan province, a stronghold of Abu Sayyaf, a pro-Islamist State extremist group known for its banditry and kidnapping.

The two others killed were a campus security officer and an unidentified male, the police said.

Ateneo cancelled the graduation ceremony after the shooting.

In the Southeast Asian nation, shooting incidents are sporadic, with owners required to have permits to carry guns in public. Private security officers in the Philippines carry either handguns or shotguns, and firearms are a common sight in shopping malls, offices, banks, restaurants and even schools.

“We commit our law enforcement agencies to thoroughly and swiftly investigate these killings and bring all involved to justice,” Philippines President Ferdinand Marcos Jr said in a statement.