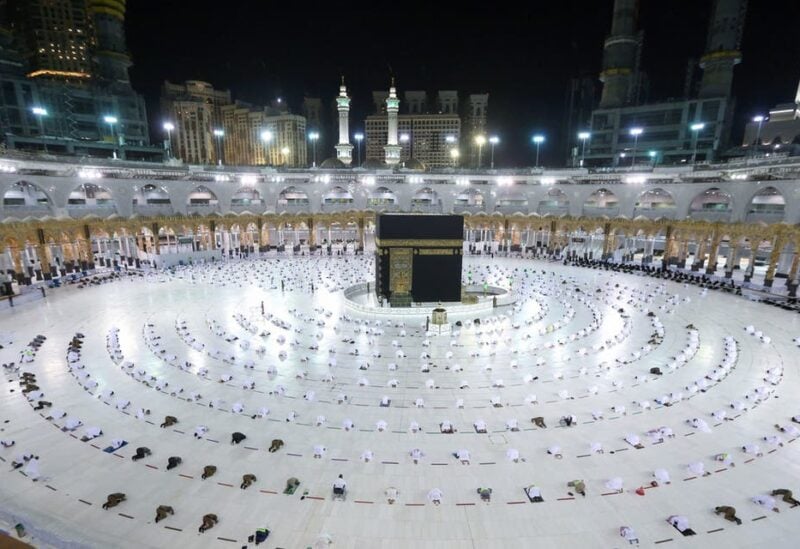 Muslim worshippers gather for prayers around the Kaaba, the holiest shrine in the Grand mosque complex in the Saudi city of Mecca during the first day of the Muslim holy fasting month of Ramadan on April 13, 2021. (AFP)

The accused were attempting to partake in this year’s Hajj without a permit which, as per the rules outlined by the Kingdom’s interior ministry, would make them subject to a fine of almost $2,700 (10,000 Riyals).

Official spokesperson of Hajj Security Forces Command Brigadier General Sami al-Shuwairekh called on all citizens and residents to adhere to the rules and regulations set out for this year’s Hajj season, stressing that the security personnel would take immediate action against those who attempt to reach the Holy Mosque, the area surrounding it and the holy sites (Mina, Arafat and Muzdalifah) without a permit.

The guidelines have been put in place to ensure compliance to prevent the spread of COVID-19 during the Hajj season which will take place between July 17 and 22.