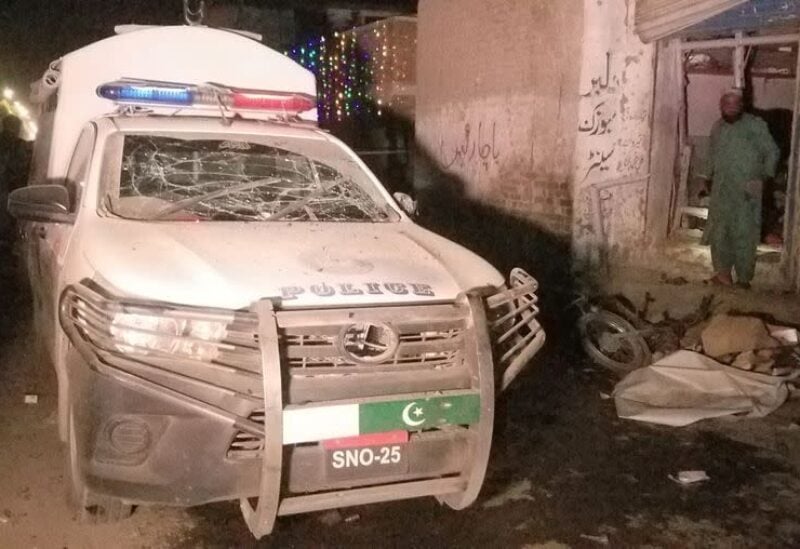 Three people including a child have been killed and 13 others injured in a bomb blast near the Pakistan-Afghanistan border.

The blast occurred in the town of Chaman, which is one of two major crossing points between Afghanistan and Pakistan and used by thousands of people daily.

The Pakistani Taliban claimed responsibility for the blast in a statement shared with Reuters.

“It was a remote-control bomb planted in a motorbike,” Deputy Commissioner of the district Tariq Javed Mengal told Reuters, adding that the explosion was targeting a vehicle carrying a senior police officer.

Mengal said the explosion occurred as the police vehicle was passing by. A shopkeeper, a passer-by and a child were killed, and two security personnel were among the 13 others injured.

The injured were immediately shifted to district hospital in Chaman, and nine were taken to a hospital in the provincial capital of Quetta, a police officer told Reuters. The senior police officer who was apparently the target of the blast was not injured. Security forces launched a search operation in the area after the incident.

The bombing comes amid a sharp rise in violence by the Pakistani Taliban, a group that once used the border region to launch attacks inside Pakistan as well as host militants including al-Qaeda, operating in neighboring Afghanistan and globally.

The group was largely in disarray after a major Pakistani military ground operation, but last year several splinter groups announced a new alliance and since then attacks on security personnel as well as civilians have risen.