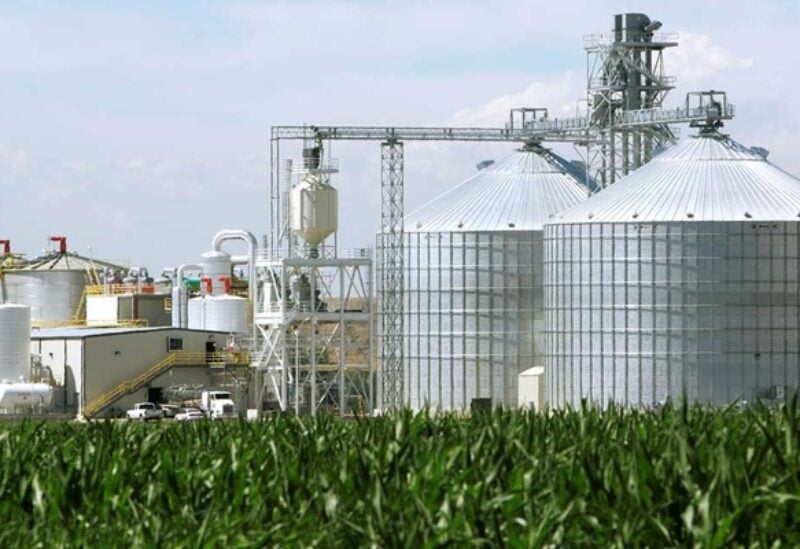 Three ships carrying ethanol were heading to China from the U.S. Gulf Coast, three trade sources told Reuters on Monday, in a sign that exports of the fuel were sharply increasing from the United States to the country.

The shipments may surpass the total amount of U.S. ethanol that China imported last year, a positive development for the U.S. ethanol industry, which has seen decreased demand because of the coronavirus pandemic and the U.S.-China trade war.

The ships each have a capacity of around 30,000 tonnes, or about 240,000 barrels of ethanol, the sources said, though the exact amount of the renewable fuel onboard was not immediately clear.

It was also unclear when the cargoes would arrive in China, which buys U.S. ethanol for fuel to blend with gasoline. One source said at least two of the tankers left at the end of February.

The three cargoes should be among vessels booked earlier, and more were expected to get shipped to China in the coming months, three Asia-based traders said.

That would be equivalent to around 15-20 vessels of the renewable fuel, the traders said, mainly booked last year, when U.S. ethanol prices hit their lowest point.

COFCO and Sinopec were among buyers of the U.S. cargoes, traders had said.

Two cargoes booked by COFCO have already arrived in China recently while Sinopec is shipping imported ethanol to the domestic markets, said one China-based source familiar with the ethanol trade.

U.S. ethanol to China on a CIF basis is currently quoted at around $700 per tonne, while domestic ethanol in March is a bit over $1,000 per tonne, according to the trader.

If all three tankers were filled to capacity, the cargoes would be equivalent to around 720,000 barrels of ethanol, more than the 506,000 barrels of U.S. ethanol shipped to China in the whole of 2020.

The increased exports come as the U.S. ethanol industry tries to return to more normal levels of production following the demand destruction from the pandemic. Ethanol production has increased to 849,000 barrels per day in the week to Feb. 26, from a record low of 537,000 bpd last April, EIA data showed.

The United States and China signed a trade deal in January 2020, where China pledged to purchase more of American farm, energy and manufactured goods. 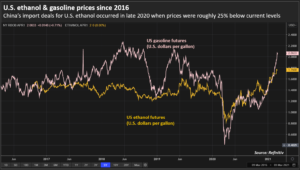 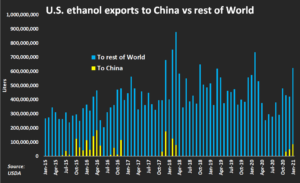 GRAPHIC: US ethanol exports to China vs the rest of the World