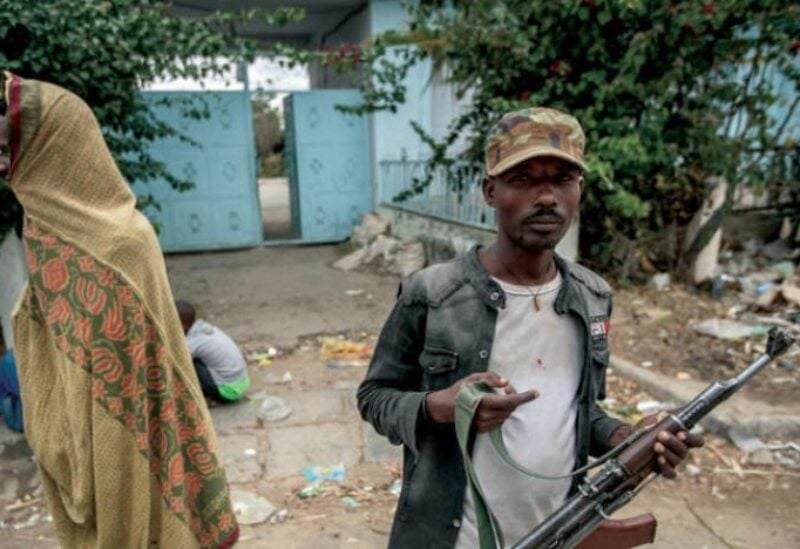 The Tigray People’s Liberation Front took control over the Lalibela city as part of the military activity and the fighting that erupted since July 27th with the Ethiopian government forces.

The government forces withdrew militarily from parts of northern Ethiopia, including the capital, Mekele.

Lalibela is a UNESCO World Heritage site and translates from Agew “He Eats Honey.” The city is known for its rock-hewn churches, which are attributed to King Lalibela.

Before entering Lalibela, the Front carried out operations that extended to the Afar region, to the east of Tigray, and the Amhara region in the southern front, in what was known as the “Tigray Mothers” operation.

Now that the forces have entered Lalibela, the rebel front is ultimately stationed 500 km away from Addis Ababa and has advanced from its center in Tigray about 400 km.

In the Afar Front to the east, and due to circumstances related to the open desert nature of the region, the Liberation Front was stationed at the city border between the two areas, such as Ewa and Shivrao. The battles led to the displacement of about 10,000 people.

Despite the rapid progress of the Tigray Forces on all fronts, information about the actual field situation is still conflicting, as no independent sources are confirming the allegations of the two parties.

However, several voices criticized the Ethiopian Federal Army and its allied forces for retreating and allowing the easy advance of the Tigray forces, confirming the passage of the rebels.

The Tigray Liberation Front took control over Mount Juna in the Amhara front. According to reports, they were close to storming Debre Tabor, opening the way to Bahir Dar, the capital of Amhara.

The Federal Government in Addis Ababa and the Amhara Regional government did not confirm the allegations and movements of the Tigray forces.

They only issued statements claiming that the situation was under control and that the “terrorist group” members were carrying out operations. Government and regional forces and volunteers in the “Fano” militia responded to the attack.

The Federal Parliament classified the “Tigray Liberation Front” as a terrorist organization.

As of last week, a number of the administrations of significant cities in Amhara imposed a curfew indefinitely limiting residents’ movements, except for the security services and medical vehicles.

The Amhara government attributed these decisions to security considerations aimed at preserving public safety against the attacks of Tigray forces.

Prime Minister Abiy Ahmed called upon Ethiopians to volunteer in the army to repel the forces of the Liberation Front. There were also blood donation and popular mobilization campaigns.

However, with all this progress and the development, it is still unclear what the Tigray Liberation Front intends to do and whether its escalatory approach was heading to invade the capital, Addis Ababa.

Several experts on Ethiopian affairs told Asharq Al-Awsat that the primary battle between the two parties would be in west Tigray, on the border between northern Ethiopia and Sudan.

Given the tense relations between Khartoum and Addis Ababa, Ethiopian forces are enhancing their control over the area to prevent the Tigrayan forces from obtaining foreign support.

The ambiguous administrative situation of some cities, such as al-Hamra and Lakayet, which are disputed between the Amhara and Tigray, play a significant role in complicating the military and political developments.

The cities were annexed to the Northern Territory in the mid-1990s during the era of the late Prime Minister Meles Zenawi.