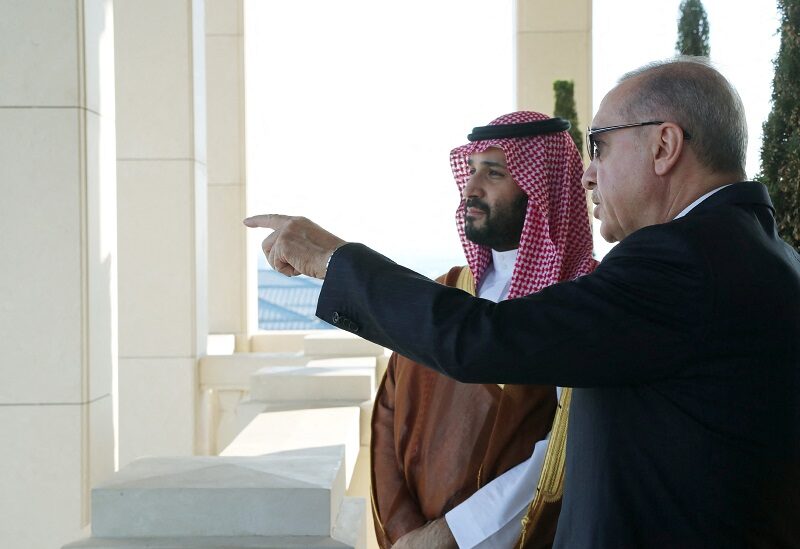 Turkish President Tayyip Erdogan and Saudi Crown Prince Mohammed bin Salman meet at the Presidential Palace in Ankara, Turkey, June 22, 2022. Murat Cetinmuhurdar/PPO/Handout via REUTERS THIS IMAGE HAS BEEN SUPPLIED BY A THIRD PARTY. NO RESALES. NO ARCHIVES. MANDATORY CREDIT

In a bid to restore normalised ties, Saudi Crown Prince Mohammed bin Salman arrived in Türkiye on Wednesday for the first time in years, where he met with Turkish President Tayyip Erdogan to revive bilateral relations that were ruptured after the murder of Saudi journalist Jamal Khashoggi.

After holding a private meeting and dinner with Erdogan, the Crown Prince marked a crucial rapprochement between the Sunni Muslim powers after a decade of hostile relations.
Crown Prince Mohammed Bin Salman and other delegates said that there is a need for Saudi Arabia and Turkey to move forward to further consolidate and develop bilateral relations.

The Saudi Press Agency reported that the Crown Prince thanked Erdogan upon his departure from Ankara. The Turkish President even arrived at the Ankara International Airport to see off the Crown Prince.
“As I leave your sisterly country, it gives me great pleasure to express to Your Excellency my deepest gratitude and appreciation for the warm reception and hospitality that was accorded to me and the accompanying delegation,” Crown Prince said as quoted by media reports.

“This visit made it possible to discuss topics of common interest, which confirms the keenness of our two countries to move forward in consolidating and developing bilateral relations between them in various fields under the leadership of Custodian of the Two Holy Mosques King Salman and Your Excellency,” he added.

a senior Turkish official told Reuters on condition of anonymity that the crucial visit is expected to bring “a full normalisation and a restoration of the pre-crisis period” and a “new era will begin.”