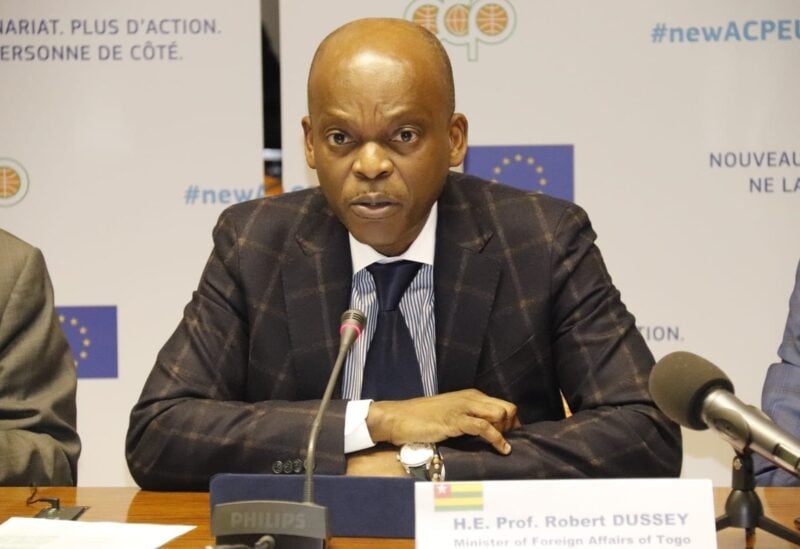 “The main topic of President Faure Essozimna Gnassingbe’s 2020-2025 roadmap is investment,” said Togo’s foreign minister, Robert Dussey on Thursday.
“Togo attaches importance to partnerships based on the win-win principle rather than traditional approach”, he said, adding thatTogo’s understanding of partnership is based on economic fundamentals, and the government opened an industrial park in June and this park is open to all investors, including Turkish investors.
Emphasizing that Togo holds a variety of opportunities for investors, he said: “Togo may be a small country physically, but the Port of Lome is the only port in the Gulf of Guinea with a natural depth of water. Maritime trade is carried out to many countries from the Port of Lome.”
He stressed that the Port of Lome became the most functioning container port in the Gulf of Guinea last year, which he said, is also an important advantage for Turkish investors.
Underlining that they have been in contact with Turkish investors and the chambers of commerce of the two countries are working together, Dussey said that they will organize the Togo-Turkey Business Forum in Lome next year.
“As the government, agriculture is the most important investment area. We have created special agricultural areas in all regions of Togo so that the products obtained can be processed. We grow many products, but we cannot process them sufficiently,” he said, inviting Turkish investors who want to invest in agriculture to Togo.
He said solar energy and infrastructure projects are also the main priorities of the country.
The foreign minister said that Togo is at a connection point for air transportation.
“There is no doubt that Turkish Airlines will start flights next year, the two countries have agreed on this, there are only some technical details,” Dussey said.
On the diplomatic missions, he said Turkey opened its embassy in Lome on April 1, and that his country will set up its embassy in Ankara next year.
Regarding the terror threat in the region, he said Togo is a very safe country and there is no immediate terrorist threat at the moment.
“There is a terrorism problem in Mali, Niger, and Burkina Faso, as well as parts of Ivory Coast and Benin. We share the same territory with these countries, so we have to protect ourselves,” he said, adding that Gnassingbe wants to play an active role to resolve the issue.
Turkey’s fight against terrorism is quite successful and sets an example for both Togo and the countries of the region, he added.