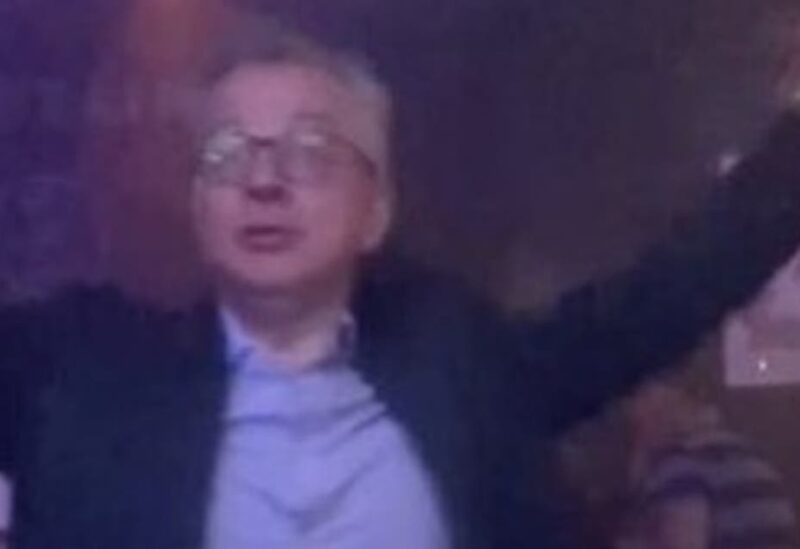 A top UK politician was filmed dancing at a techno nightclub wearing a suit in the early hours of Sunday morning.

MP Michael Gove was spotted at the Bohemia nightclub in Aberdeen, Scotland after reportedly trying to get in without paying the $7 (£5) entry fee, according to Glasgow tabloid The Daily Record.

The 54-year-old Conservative politician who sits on Prime Minister Boris Johnson’s cabinet reportedly turned up to the nightclub alone during a visit to his hometown.

Gove was filmed performing bizarre dance moves following last month’s news that he would be divorcing his wife.

Gove previously served as Secretary of State for Education under David Cameron’s government.

He was later promoted to Justice Secretary and was a key member of the Vote Leave campaign alongside Johnson, which successfully pushed for Brexit.

Clubbers approached Gove to take pictures with him, and even bought him drinks, according to the Record.