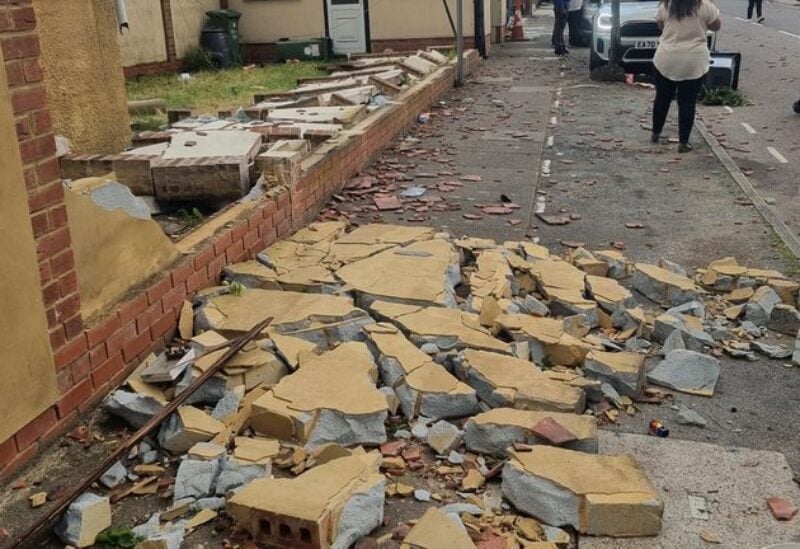 In an unusual weather conditions, a tornado hit East London and floods led to the damaging of cars and houses.

Lightning strikes hit the Barking area but police were not able to immediately confirm that a tornado had touched down.

The tornado, a rarity in the UK, was first reported by Sky News, which has a reporter on staff that lives in the area.

“It was really shocking. I looked out of our daughter’s window, our garden fence flew off and a tree came down,” said Kiran Bhangal.

“Rubbish and plastic bags were going around and round like a tornado. That was scary as those can pick up heavy objects.”

Police were called to the area at 7.20pm on Friday after the storm ripped down fences, damaged walls and battered cars.

“This is a weather-related incident, during which there was a lightning strike,” the Metropolitan Police’s Barking and Dagenham Twitter account said.

“In addition to the lightning strike, we have seen reports of a tornado but cannot confirm this. There are no reports of any casualties. Officers are liaising with the local authority to ensure support is available to anyone affected by damage to property.”

“We’re aware of the severe weather damage in the Barking area and our immediate response team along with the police and fire brigade are on hand sorting any issues,” the local council added.

The UK usually only reports about 30 tornadoes a year, and they are usually small and only live for a short time.

A tornado in the south-eastern Czech Republic, another country with few twisters, killed at least three people and injured hundreds on Thursday.

The tornado formed during a series of strong thunderstorms that hit the country.