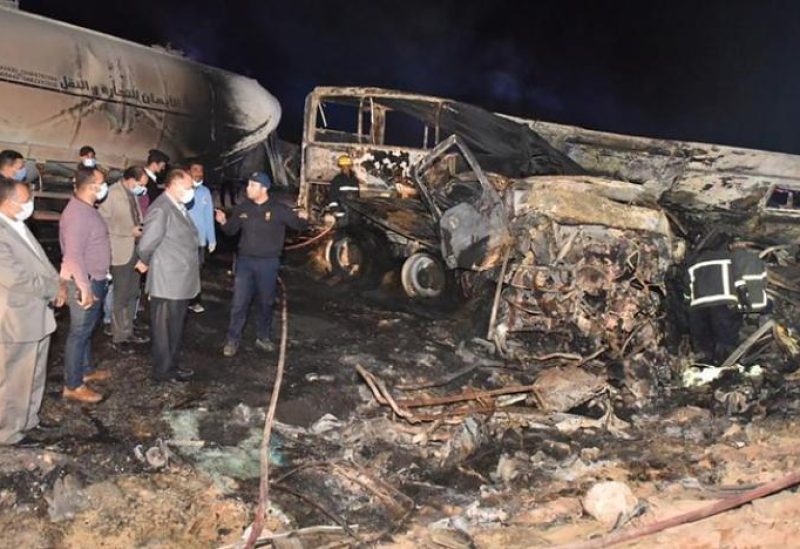 In this photo provided by Assiut Governorate media office, the authorities work on the collision site where a bus overturned, while trying to pass a truck on a highway in southern Egypt on Wednesday, April 14, 2021, near the city of Assiut, Egypt.

At least two tourists were killed and five others seriously injured Thursday after a mini-bus collided with a truck in southern Egypt, authorities said.

In a statement, the Egyptian authorities said one of the victims was a Chinese national and the other an Italian. The two victims, aged 27 and 40, were killed on Thursday morning when the minibus they were traveling in collided with a truck near Abu Simbel, the seat of the ancient temples of Ramses II.

Five others were seriously injured in the crash and have been taken to hospital in the nearby city of Aswan, it said. In the statement, Ashraf Attia, Aswan’s governor, said the two victims’ bodies have since been transferred to a morgue.

In another deadly accident on Thursday, 10 agricultural workers were killed when a bus overturned after crashing into a tractor in Egypt’s northern province of Beheira, local authorities said.