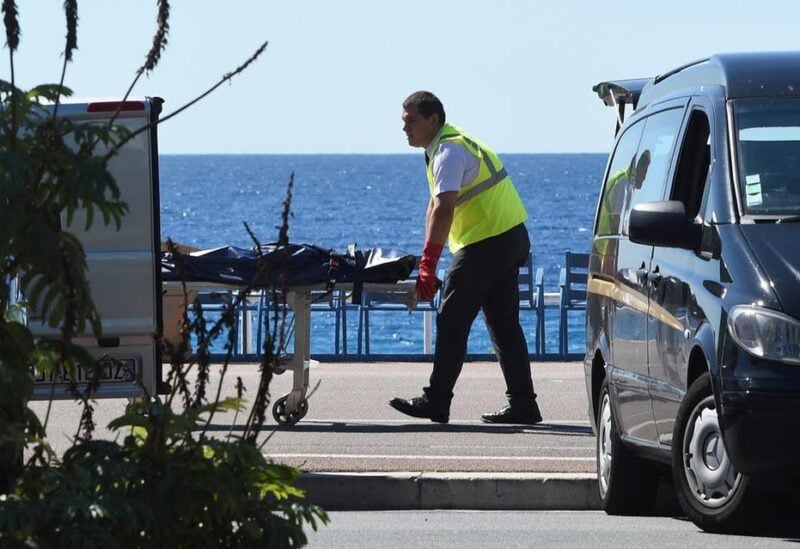 Eight people suspected of links to the man who killed scores in a Bastille Day attack in the Mediterranean resort city of Nice five years ago will go on trial in September 2022, a judicial source told AFP on Wednesday.

Mohamed Lahouaiej-Bouhlel, a 31-year-old Tunisian, drove a truck into crowds gathered for fireworks on the famed Promenade des Anglais to celebrate France’s national holiday on July 14, 2016.

Eighty-six people, including around a dozen children, were killed in the attack for which the ISIS claimed responsibility, though investigators found no evidence Bouhlel had sworn allegiance to the terrorist group.

He was shot and killed by police, and prosecutors later issued arrest warrants for seven men and a woman suspected of ties with the attacker.

The three main suspects, Mohamed Ghraieb, Chokri Chafroud, and Ramzi Arefa, will be prosecuted for “criminal association” with Bouhlel.

Ghraieb was freed on probation in 2019, while the other two remain in custody. The three have denied any wrongdoing, and investigating magistrates determined they had no precise knowledge of Bouhlel’s plans.

The five others are allegedly involved in arms trafficking and attempting to supply Bouhlel with a weapon, but are not facing terror charges.

One of them, an Albanian identified as Endri Elezi, was arrested in Italy last April after years on the run. He denied the charges during his extradition trial the following month.

His cousin, who was also facing charges in the case, committed suicide in prison in June 2018.

Another suspect remains on the run and will be tried in absentia when the trial before a special anti-terror criminal court opens on September 5, 2022. It is set to wind up 10 weeks later, on November 15.