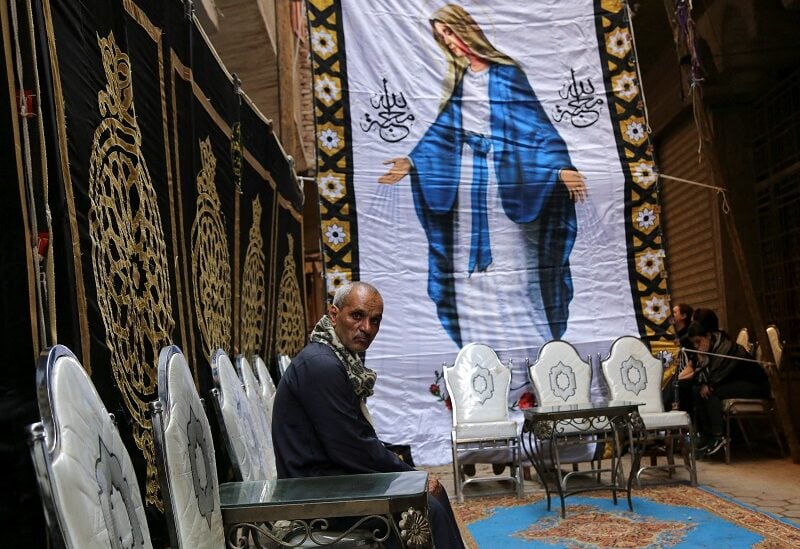 A man looks on as people come to pay condolences for Adel Agieb and Nadia Saied, who lost their lives in the Abu Sifin church fire during Sunday Mass, outside their house, in the Imbaba district of Giza, Egypt August 15, 2022. REUTERS/Hanaa Habib

At least 15 children were killed in an electrical fire that swept through an Egyptian Coptic Christian church, reported The British Broadcasting Corporation (BBC)

Following an electrical short-circuit, a fire broke out on the first storey of Giza’s Abu Sefein Church where children were attending classes.
Causing a stampede when people rushed to flee the church through a blocked exit, 41 people died due to smoke inhalation.
According to worshipper Yasir Munir, ”People rushed to go down the stairs and started falling on top of each other.”
The child victims included five-year-old triplets Mohrael, Youssef and Philopator Bassem Amir according to local media.

Their death was mourned by their aunt, singer Miretya Emad, who wrote on Facebook “With Christ, which is far better. Remember us before the throne of grace.”
A list of victims published by the Imbaba General Hospital included five-year-old twin girls Mariam and Barsina Tamir Wajih and their three-year-old brother Ibrahim.

Offering his condolences, Egyptian President Abdel Fattah al-Sisi announced that families of those who died will receive 100,000 Egyptian pounds ($5,220).