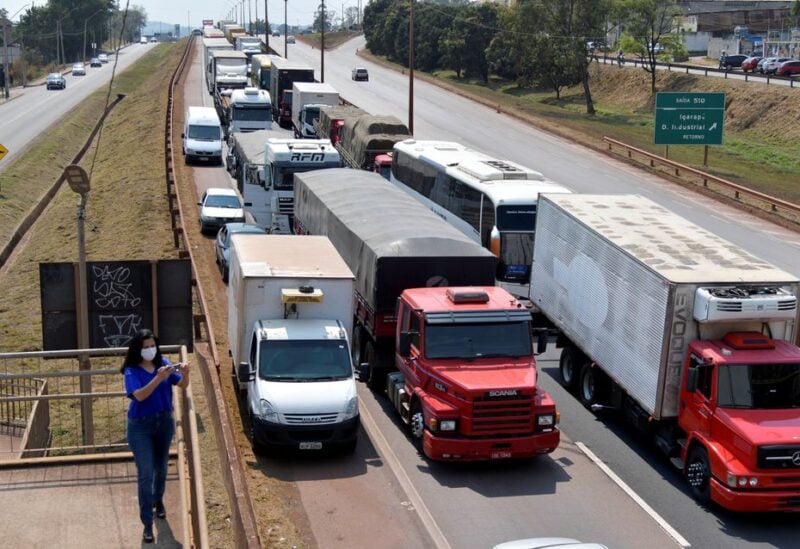 The dispute underlines a delicate economic situation in Brazil, where the federal budget is already stretched uncomfortably thin.

The protesters, principally truckers who deliver fuel, are demanding a decrease in taxes on diesel. Since yesterday, they have blocked roads near the REGAP refinery in Minas Gerais and the REDUC refinery in neighboring Rio de Janeiro state.

Truckers here have grown increasingly vocal in recent months as a rise in global crude prices has pushed up the cost of fuel domestically and eaten into margins. Trucker groups have threatened a general strike next week, a move that could prove crippling for Brazil’s economy, if widely observed.

A truckers strike over high fuel prices in 2018 ground the economy to a halt, and destroyed the remaining political capital of the already unpopular government at the time. As a result, Brasilia remains attentive to their demands.

On Thursday evening, President Jair Bolsonaro, who is expected to run for re-election next year, said that the government would give Brazil’s 750,000 truckers 400 reais ($70) each, to help cushion the impacts of rising fuel prices.

Shortly after, four key Treasury officials quit amid signs the government is looking to lift a constitutional spending cap, a move that battered local equities markets and the real currency.

Gasoline shortages in Belo Horizonte, the capital of Minas Gerais, were causing long queues at gas stations on Friday, according to Paulo Miranda Soares, the president of national fuel retail group Fecombustiveis. He said that the problem would worsen over the course of the day if a solution was not reached.