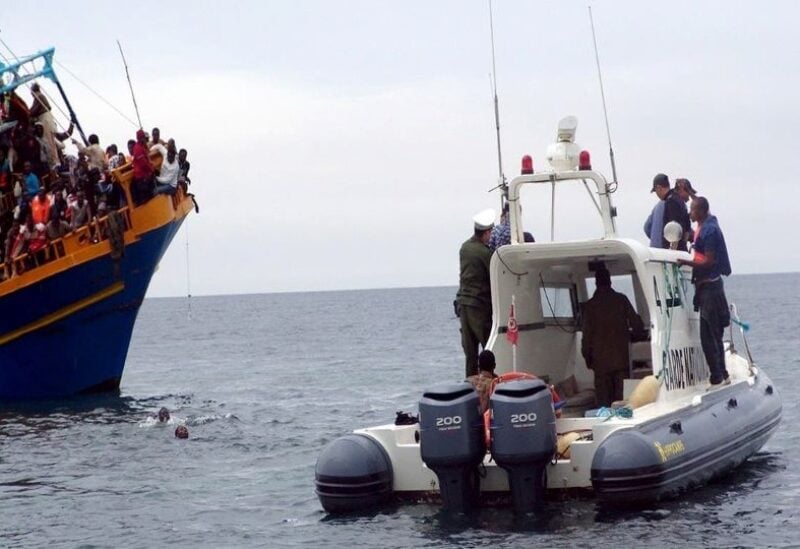 Tunisian coastguards rescue African migrants stranded on a boat coming from Libya, near Sfax, on the Tunisian coas

The Tunisian navy rescued 163 would-be migrants, including women and children, off the country’s east coast on Sunday, according to the defense ministry.

“A navy unit rescued Saturday 163 illegal migrants as part of a combined operation with the coastguard,” the ministry stated, adding that 162 were Tunisians and one was Moroccan.

It said nine women and 16 children were discovered aboard the boat 12 kilometers (7.5 miles) off the coast of Sfax, a major departure point for migrants hoping to reach European ports, mainly in Italy.

According to the ministry, the travelers ranged in age from eight to 48 and set out overnight Friday to Saturday “with the intent of stealthily crossing the maritime boundaries” to Europe.

The migrants were escorted to Sfax fishing port and handed over to the coastguard.

Tunisia, located around 200 kilometers (124 miles) from the Italian island of Sicily, has seen its economy devastated by the coronavirus epidemic.

Tunisia and neighboring Libya have both functioned as transit points for migrants making desperate attempts to reach Europe.

According to humanitarian organizations, the Central Mediterranean route has become the world’s deadliest migratory route.

According to Rome, departures increased dramatically in 2021, with about 55,000 migrants arriving in Italy in the first ten months of the year, up from less than 30,000 the previous year.

According to the Tunisian Forum for Economic and Social Rights, the coastguard apprehended 19,500 migrants during crossing attempts in the first three quarters of last year.

According to the United Nations’ refugee organization, at least 1,300 people went missing or drowned over the same time period.