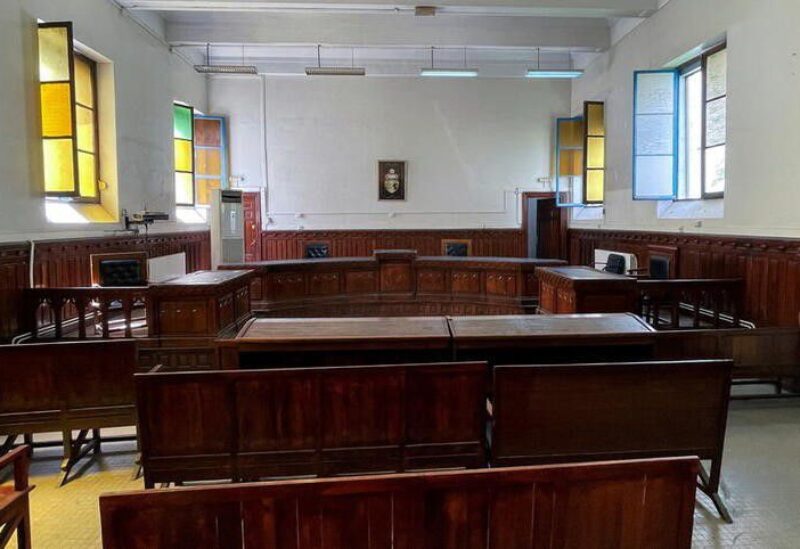 A view shows an empty courtroom during a strike by Tunisian judges in a protest against a purge of their ranks, in Tunis, Tunisia, June 6, 2022. REUTERS/Jihed Abidellaoui/File Photo

Tunisian judges decided on Saturday to extend their national strike for a third week in protest of President Kais Saied’s decision to fire hundreds of them, according to the judges.

On June 1, Saied fired 57 judges, accusing them of corruption and shielding terrorists, accusations that the Tunisian Judges’ Association maintained were primarily political.

Judges suspended their work in courts on June 4 and said the president’s decisions were designed to control the judiciary and its use against his political opponents.

“The judges decided unanimously to extend the strike for a third week … to hold a day of rage in which the judges will protest in the streets in their uniforms,” Mourad Massoudi, the head of the Young Judges Association, told Reuters.

He said members of judges had decided to stage a hunger strike against the decision to dismiss them. Another judge, Hamadi Rahmani, confirmed the decisions.

Saied’s move heightened accusations at home and abroad that he has consolidated one-man rule after assuming executive powers last summer. He subsequently set aside the 2014 constitution to rule by decree and dismissed the elected parliament.

Saied says his moves are needed to cleanse the judiciary of rampant corruption and that does not aim to control the judiciary.