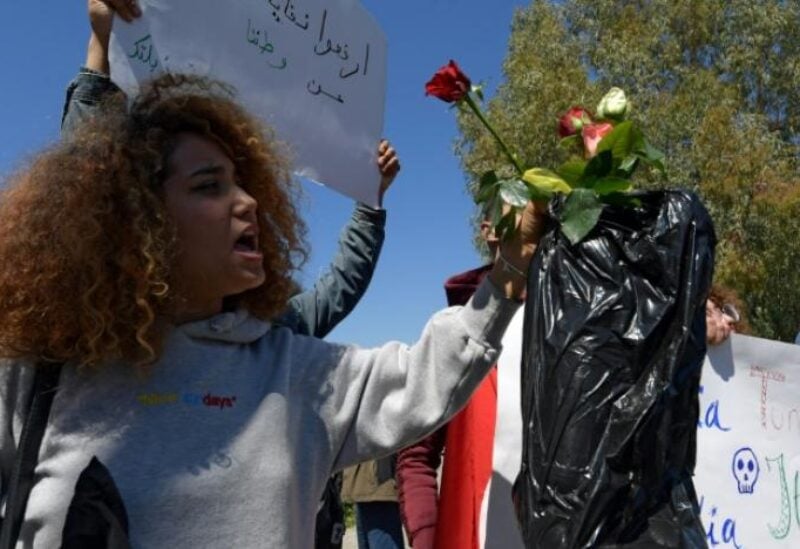 Several dozen Tunisians protested on Thursday outside the Italian embassy in Tunis to demand the return of nearly 300 containers of household waste illegally imported from Italy last summer.

“We want you (Italian authorities) to take back your waste,” Hamdi Chebaane, an expert in waste recovery and a member of a coalition of environmental associations, told AFP.

“We welcome you with flowers and you welcome us with waste,” he said, calling as well on Tunisian authorities to make “the right decisions” to return the refuse.

The 282 containers from Campania, in southern Italy, are still in the port city of Sousse, where dozens of protesters demonstrated last week.

Tunisian customs officials last year seized the containers that had been imported by a Tunisian company in the guise of plastic scrap for industrial recycling.

But the containers were found to contain household waste, which is barred from import under Tunisian law.

The scandal prompted the sacking and arrest of Tunisian environment minister Mustapha Aroui, who along with 25 other people, eight of them in detention, are facing prosecution.

The manager of the Tunisian import firm is still at large. The company had signed a contract with an Italian firm for the disposal of up to 120,000 tonnes of waste at a price of 48 euros ($57) per tonne for a total of over five million euros.

The case shines a spotlight on the global trade in waste as richer countries dump their garbage on poorer ones which, like Tunisia, are often ill-equipped to deal with it.