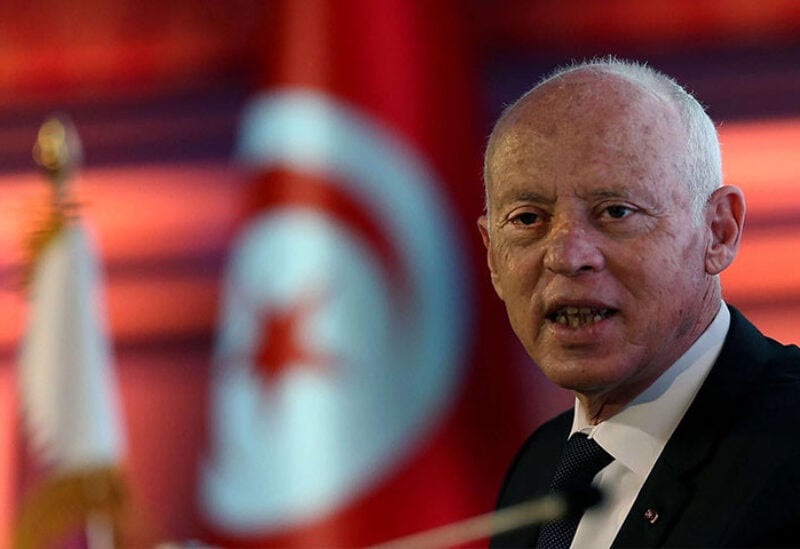 Tunisia’s president claimed on Wednesday that he was tackling the country’s grave economic and COVID-19 crisis, as well as investigating massive corruption, after declaring emergency powers on Sunday to grab control of the government, which his critics dubbed a coup.

Saied justified his actions, which included sacking the prime minister and suspending parliament, by blaming a rising pandemic and misgovernance, claiming that he was acting to protect the country from corruption and civil conflict conspiracies.

Public anger had been growing in Tunisia over the political paralysis that had stopped any coherent response to the pandemic and after years of economic hardship and declining public services.

France said on Wednesday it was paramount that Saied quickly name a new prime minister and cabinet, while civil society groups including the powerful labour union have said he must produce a roadmap to exit the crisis within a month.

A decade after ending autocratic rule through a popular uprising, Tunisia faces the sternest test yet to its democratic system and Western countries that have applauded its political transition have expressed concern.

Saied, who says his actions are constitutional but has yet to set out his next steps, has been urged by the United States to stick to democratic principles. He met security chiefs on Wednesday, the presidency said.

Backed by the army, Saied’s actions included suspending parliament for 30 days. Opponents including the Islamist Ennahda party, parliament’s biggest, have accused him of a power grab.

On Wednesday he replaced the head of the television station after an incident in which two guests on a current affairs programme said they had been denied entry to the building.

The United States on Monday pressed Tunisia to maintain “scrupulous respect for freedom of expression” after police raided a foreign news bureau, but on Wednesday a New York Times reporter said police had detained her for two hours when out working in Tunis.

Late on Wednesday the presidency published a video showing Saied telling the head of a business union that “wrong economic choices” had caused major financial problems.

Tunisia is seeking a loan agreement from the International Monetary Fund to finance its projected budget deficit and debt repayments.

Saied in the video called on traders to reduce prices of goods and warned them against speculating or hoarding. He also targeted business figure accused of corruption, saying that 460 people had stolen 13.5 billion dinars ($4.8 billion) of public money.

The judiciary had earlier said it was investigating the two biggest parties in parliament, Ennahda and Heart of Tunisia, on suspicion of receiving foreign funds during the 2019 election campaign.

The judiciary, widely seen in Tunisia as independent from politics, said its investigation started 10 days before the president’s moves.

Ennahda, a moderate Islamist party that has become the focal point of opposition to Saied’s seizure of powers after its leader parliament speaker Rached Ghannouchi accused him of conducting a coup, denied committing any violations.

Heart of Tunisia could not be reached for comment.

Though Ennahda called on Sunday for supporters to come out on the streets against Saied’s actions, it has since called for calm and sought national dialogue.

There was no sign of protests or other disturbances on Wednesday, although a heavier security presence was in place in central Tunis. The army also remains at the parliament, government and television buildings it surrounded on Sunday.

Saied reiterated a long-standing rule banning gatherings of more than three people in public, but there was no sign it was being enforced as people moved and gathered normally.

Saied has also tightened some existing COVID-19 restrictions including a nightly curfew and ban on travel between cities.

On Wednesday he issued orders to set up a pandemic response centre to coordinate Tunisia’s handling of the COVID-19 crisis, the presidency said.