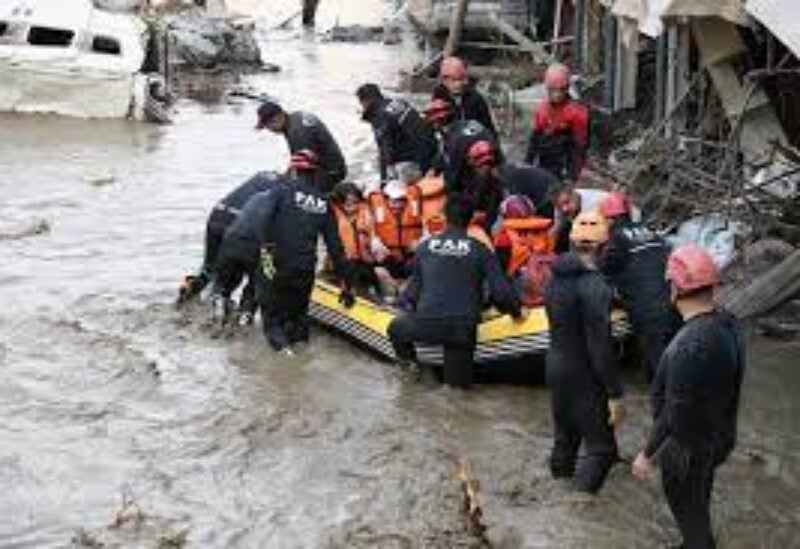 On Friday, emergency workers battled floods in Turkey’s Black Sea region, with the dead toll rising to 31 in the country’s second natural disaster this month.

The floods, which were among the worst Turkey has ever seen, wreaked havoc on northern districts just as authorities announced that wildfires that had raged for two weeks along Turkey’s southern coast had been brought under control.

Hundreds of cars and mountains of debris were hurled along streets by torrents of water, which also wrecked bridges, stopped roads, and cut off electricity to hundreds of settlements.

“This is the worst flood disaster I have seen,” Interior Minister Suleyman Soylu told reporters late on Thursday after surveying damage that extended across the provinces of Bartin, Kastamonu and Sinop.

Twenty-nine people died as a result of floods in Kastamonu and another two people died in Sinop, the Disaster and Emergency Management Directorate (AFAD) said.

Ten people were being treated in hospital, it added.

Opposition politicians said many more people were missing and the number of deaths could rise sharply.

“The infrastructure in Ayancik (district) has completely collapsed. The sewage system is destroyed. There is no electricity or water,” Sinop Mayor Baris Ayhan told Reuters.

The floods and fires, which killed eight people and devastated tens of thousands of hectares of forest, struck in the same week that a U.N. panel said global warming was dangerously close to spiralling out of control, and warned that extreme weather would become more severe.

About 45 cm (18 inches) of rain fell in less than three days in one village near the worst-hit region, Kastamonu’s Bozkurt district, AFAD cited meteorology authorities as saying.

Footage of the flood’s first moments in Bozkurt showed the river there overflowing in a fast-moving deluge which tore up trees and dragged away vehicles.

The small town of Bozkurt lies in a valley along the banks of the Ezine river in Kastamonu province, 2.5 km (1.6 miles) from the Black Sea.

Opposition Republican People’s Party (CHP) lawmakers attributed the level of destruction there to extensive construction on the river banks in recent years.

Speaking in Bozkurt, Erdogan declared the three provinces a disaster zone. “Our country has been grappling with natural disasters for a while, as are many places in the world. This is not just our country but the United States, Canada, Germany and many other European countries,” he said.

More than 1,800 people were evacuated from flood-affected areas, some with the aid of helicopters and boats, AFAD said.

Helicopters lowered coast guard personnel onto the roofs of buildings to rescue people stranded as flood water swept through the streets, footage shared by the Interior Ministry showed.

Nearly 180 villages were still without electricity on Friday evening. Five bridges had collapsed and many others were damaged, leading to road closures, AFAD added. Parts of the roads were also swept away.

Turkey’s meteorology authority said more heavy rain was expected in the central and eastern Black Sea region with a risk of further floods.