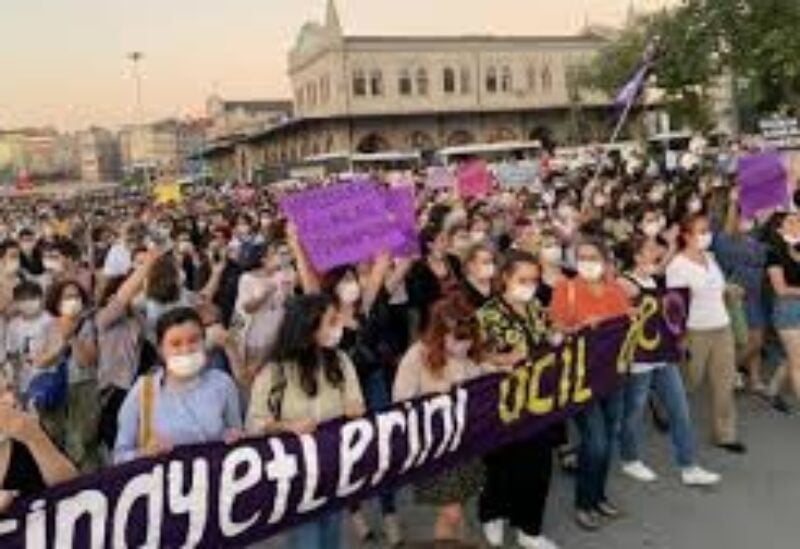 Despite Erdogan’s pledge last week to enact human rights reforms, including on freedom of speech ,Thirteen people who allegedly insulted Turkish President Recep Tayyip Erdogan during a Women’s Day march have been detained, officials and news reports said Thursday.
Denouncing violence against women in Turkey where over 400 women were killed in 2020, thousands of protesters had marched along a street in central Istanbul on Monday. Unlike previous years when police broke up similar demonstrations, the march ended peacefully.
Istanbul governor’s office said that police inspected videos of the demonstration and on Wednesday detained 13 people — including a minor — who participated in the protest. The group had chanted “slogans” but did not elaborate.
The Cumhuriyet newspaper and other media said the suspects were detained for questioning over slogans deemed to be insulting to Erdogan.
Insulting the president is a crime in Turkey, punishable by up to four years in prison. Thousands of people, including journalists, politicians, actors and schoolchildren, have been prosecuted for alleged insults to Erdogan.