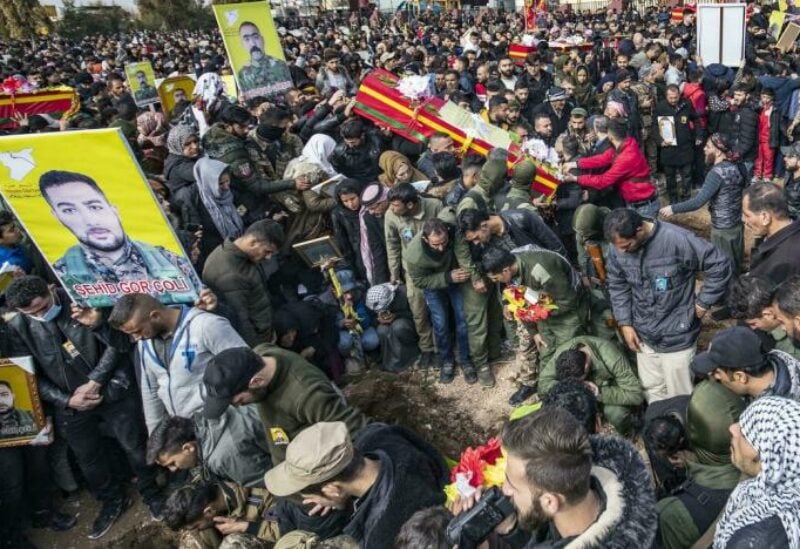 Turkey has expanded the scope of its attacks against the Syrian Democratic Forces (SDF) in north and northeastern Syria.

Turkish Defense Minister Hulusi Akar announced the launch of a military operation, dubbed Winter Eagle, targeting the positions of the SDF and the Kurdistan Workers’ Party (PKK) in northern Iraq, pledging to continue the attack until the “last terrorist” is eliminated.

The Turkish Defense Ministry said in a statement on Wednesday that the airstrikes targeted training camps, shelters and ammunition depots, adding that the raids were part of an ongoing Turkish campaign in Syria and Iraq against the PKK militants and the Kurdish People’s Protection Units (YPG).

Akar said the strikes were successful, confirming the killing of many “terrorists”.

The Ministry of Defense stated that all the aircraft participating in Winter Eagle returned to their bases, but did not provide any information about casualties. Akar noted that Turkey was closely following the results of the operation and that its final outcome would be revealed soon.

Media sources close to the SDF said that Turkish drones conducted around ten air raids on separate areas of the provinces of Al-Hasakeh and Raqqa in northeastern Syria, in conjunction with dozens of raids launched deep inside Iraq against the PKK.

They added that a Turkish drone had targeted, early Wednesday, a power station and an oil installation in the city of Al-Malikiyah (Derik), in the far northeast of Syria, in addition to raids on the village of Taqlabqal in the same area, hours after the Turkish warplanes bombed the city of Ain al-Arab (Kobani).

The Syrian Observatory for Human Rights (SOHR) reported that at least four people were killed in the Turkish airstrikes on the power station near the city of Al-Malikiyah in Al-Hasakeh countryside, adding that the death toll was likely to rise because of serious injuries. The bombing caused a power outage in some surrounding villages.

The Kurdish Autonomous Administration of North and East Syria accused Turkey of trying to destabilize its areas.

In a statement, the Administration said that the escalation constituted “a clear declaration of Turkey’s dissatisfaction with the failure incurred by the terrorist organization (ISIS) in Al-Hasakeh,” referring to the attack by members of the organization on Ghweran prison last month.