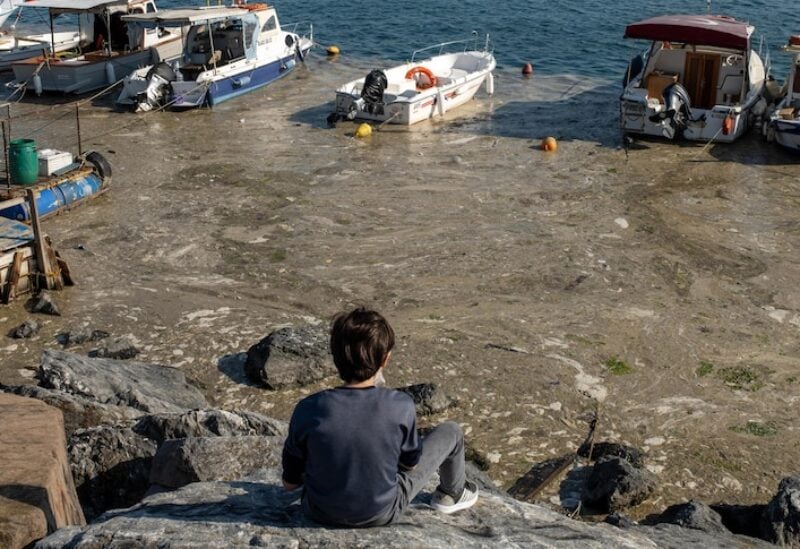 Turkey called on residents of to attend what is called ‘the biggest cleanup in the sea’ in Turkey that will begin on June 8 as part of efforts to defeat a plague of ‘sea snot’ threatening the Sea of Marmara.

Turkish environment minister pledged on Sunday to defeat a plague of “sea snot” threatening the Sea of Marmara with a disaster management plan he said would secure its future, reports Reuters.

A thick slimy layer of organic matter, known as marine mucilage, has spread through the sea south of Istanbul, posing a threat to marine life and the fishing industry.

Harbours, shorelines, and swathes of seawater have been blanketed by the viscous, greyish substance, some of which has also sunk below the waves, suffocating life on the seabed.

“Hopefully, together we will protect our Marmara within the framework of a disaster management plan,” Environment Minister Murat Kurum said, speaking from a marine research vessel which has been taking samples of the slimy substance.

“We will take all the necessary steps within 3 years and realize the projects that will save not only the present but also the future together,” Kurum said, adding that he would soon give details of the action plan.

Scientists say climate change and pollution have contributed to the proliferation of organic matter, which contains a wide variety of microorganisms and can flourish when nutrient-rich sewage flows into seawater.

President Tayyip Erdogan blamed the outbreak on untreated water from cities including Istanbul, home to 16 million people, and vowed to “clear our seas from the mucilage scourge”.