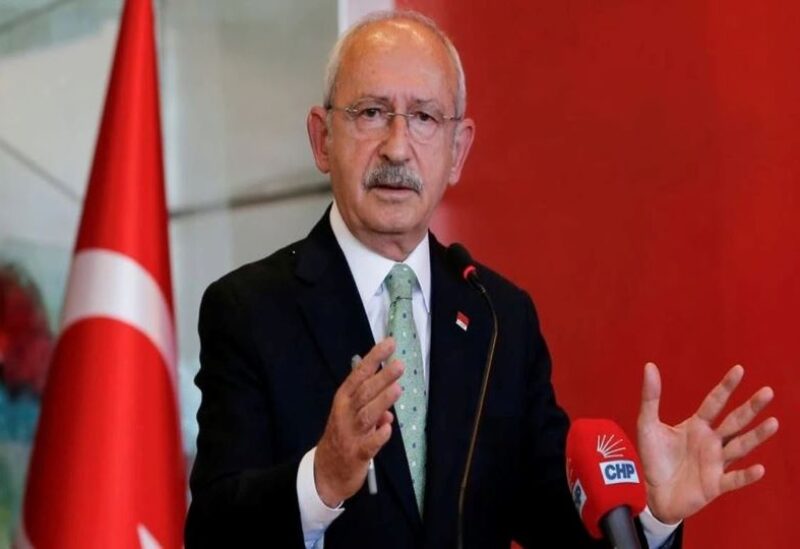 Even though concerns linger about whether he will be the primary opposition candidate in the presidential elections scheduled for 2023, a veteran Turkish political leader who has worked for years to have President Tayyip Erdogan thrown out of power says his dream is “quite obvious.”

In an interview, Kemal Kilicdaroglu, the head of the main opposition Republican People’s Party (CHP), projected victory in the polls, despite Turkey’s economic difficulties caused by Erdogan’s unconventional monetary policies.

Expectations are reinforced by the remarks. Kilicdaroglu, 73, will be the presidential candidate of a six-party coalition in June 2023 elections, however surveys show that numerous other opposition politicians are gaining more support.

“Of course, having five party leaders endorse me as a candidate would be a tremendous honor.” He told Reuters in his office on the 12th floor of the CHP’s headquarters on the outskirts of Ankara, “It also implies they have faith.”

The six anti-Erdogan party leaders will discuss their candidate later, but first they must agree on their unified platform’s economic, social, and other policies. He stated that whoever they chose will become president in a “very plain and very clear” manner.

Kilicdaroglu said he saw no rationale for Turkey’s acquisition of Russian S-400 missiles, which sparked a diplomatic spat with the United States. If elected, he also stated that he will change the leadership of the central bank.

Kilicdaroglu, a professional economist and civil servant who lacks Erdogan’s fiery flair, has remained in Erdogan’s shadow as the CHP, which he has led since 2010, has suffered recurrent defeats. Erdogan’s favorite target, he has endured almost daily criticism and sometimes derision from the man who has ruled the country for for two decades.

Kilicdaroglu and other critics of the country’s authoritarian and Islamist tendencies, on the other hand, believe their time has come.

Nationalists, liberals, and conservatives make up the opposition bloc, but the pro-Kurdish People’s Democratic Party, parliament’s third-largest party, is absent.

Kilicdaroglu has been “bolder and more combative,” according to Istanbul-based pollster Turkiye Raporu’s Can Selcuki, demonstrating his intention to be the bloc’s nominee. However, he remains the “weakest nominee” among the opposition candidates, and Selcuki stated that unless his popularity improves, he may withdraw before the election.

Kilicdaroglu, bespectacled and low-key, gained the moniker “Gandhi Kemal” for his demeanor and techniques, such as his decision not to pay electricity bills this month in protest of price spikes in the face of near-fifty percent inflation.

Kilicdaroglu’s capacity to establish partnerships, according to CHP parliamentarian Utku Cakirozer, is critical to extending the opposition platform. “He is willing to develop bridges with people from all walks of life,” he stated.

Despite the fact that the opposition alliance has yet to pick a presidential candidate, polls conducted by Metropoll reveal that Kilicdaroglu is significantly less popular than three other probable candidates and Erdogan himself, who was preferred by 37.9% of respondents in December.

Mansur Yavas, the mayor of Ankara, and Ekrem Imamoglu, the mayor of Istanbul, both of the CHP, received 60.4 percent and 50.7 percent of the vote, respectively, while Meral Aksener, the leader of the IYI Party and a member of the coalition group, received 38.5 percent. According to a recent Metropoll poll, Kilicdaroglu was the only contender Erdogan could defeat.

“These polls are irrelevant today,” Kilicdaroglu said, adding that Yavas and Imamoglu would continue to lead the country’s two largest cities.

Following Erdogan’s appointment of like-minded members to the central bank’s monetary policy committee, the central bank is widely perceived as having bowed to him. “We would do exactly that,” Kilicdaroglu said when asked if he would replace the committee to give it independence.

Ankara’s purchase of Russian S-400 land-to-air missile defenses soured US ties to the point where Washington sanctioned Turkey’s military sectors and kicked it out of the F-35 production program.

“What will we do with the S-400s?” “We have yet to receive a response to this question,” Kilicdaroglu stated. “A substantial sum of money was paid, and they are currently being stored.”

Despite US reservations and the possibility of selling the missiles, Erdogan has stated that Turkey will keep them.

If the opposition alliance wins the elections, Turkey would return millions of Syrian refugees and re-establish diplomatic ties with President Bashar al-Assad, according to Kilicdaroglu.

“If the United Nations is required to intervene, Assad must provide a 100 percent guarantee.” That assurance must be linked to international agreements, ensuring that he would not attack them and that their material and life security will be safeguarded,” he said.