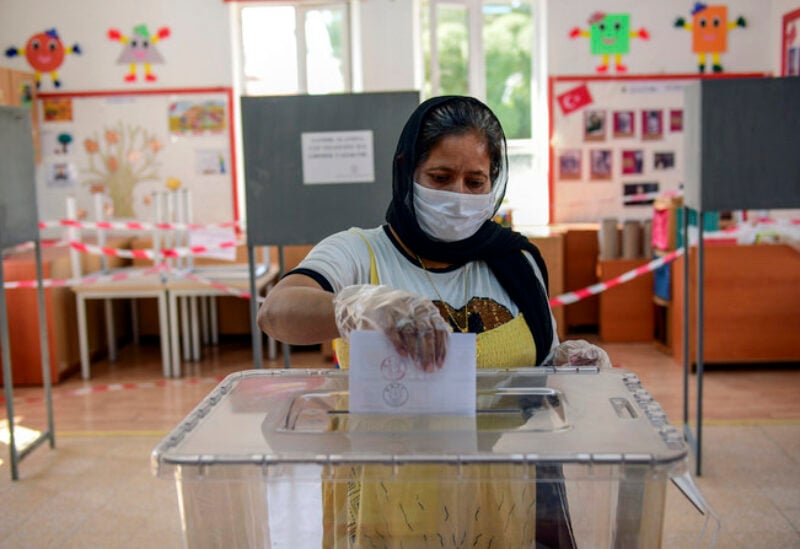 Turkish Republic of Northern Cyprus (TRNC) Supreme Election Board (YSK) announced that with 70.64% of the votes counted, the ruling National Unity Party (UBP) is in first place with 39.82% of the vote.
They are followed by the Republican Turkish Party (CTP) with 31.46%, the Democrat Party (DP) with 7.67%, the Rebirth Party (YDP) with 6.95% and the People’s Party (HP) with 6.48%, while the Communal Democracy Party (TDP), the Communal Liberation Party New Forces (TKP-YG) and Independence Path Party (BY) stayed below the 5% threshold.

With the current standings, UBP gets 24 seats, CTP 18, DP three, YDP three and HP two in the 50-member parliament.

Speaking to the press, TRNC Prime Minister and UBP leader Faiz Sucuoglu said his party completed the early election race ahead and will start work on forming a coalition government.

Nearly 203,800 Turkish Cypriots went to the polls to elect lawmakers.

Eight parties ran in the election, with 403 candidates contesting for seats in parliament.

Among the candidates were 131 women – nearly one-third – with the youngest born in 1996.

With COVID-19 cases surging recently due to the omicron variant, health measures kept political rallies small, with no more than 150 people allowed. Those diagnosed with COVID-19 were not eligible to vote.

The TRNC last November set the date for early elections, one year ahead of schedule.

Currently, there are 49 deputies in parliament: 20 from UBP, 12 from CTP, six from HP, three from DP and TDP, one from YDP and four independent deputies.

Some 40 of the 49 current deputies of the parliament ran in the election.

After Ersin Tatar was elected as the TRNC’s president, the number of deputies in parliament decreased to 49. According to Anadolu Agency