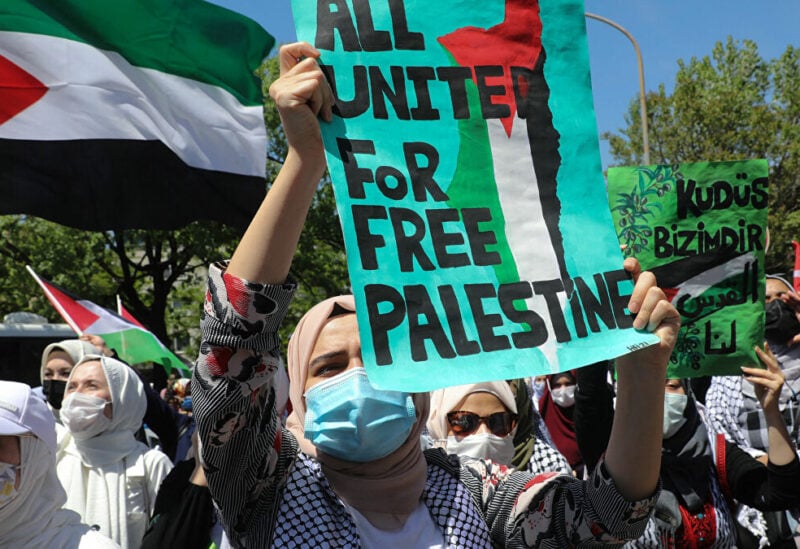 Several thousands of people have gathered outside the residence of the Israeli ambassador in Ankara to condemn Israel’s airstrikes in the Gaza Strip, calling on the authorities to send troops to the conflict zone, a Sputnik correspondent reported on Saturday.

Turkish President Recep Tayyip Erdogan said on Friday that his country would extend support to Palestinians in Jerusalem in response to “the oppression” by Israel, which he described as a “terrorist state.” Lawmaker Ahmet Berat Conkar said that Ankara might send troops to East Jerusalem as part of an international peacekeeping mission, noting that the parliament has not received such a request yet.

“We are outraged by Israel’s actions at the Al-Aqsa Mosque in Jerusalem and attacks against the Palestinian civilian population. As you can see, we came in white — in a sign of mourning. We expect that Turkey, which more than anyone speaks in defense of the Palestinians, will protect them and our shrines in Jerusalem not only on paper,” one of the demonstrators said.
The rally takes place despite a nationwide lockdown over the coronavirus pandemic that will be in place until 17 May. Demonstrators chanted slogans, such as “Turkish soldiers – to Jerusalem,” “Muslim, do not sleep, protect your mosques” and the like.

​Protests against Israeli actions have been taking place since Monday in a number of other countries, including the United States, Germany, the United Kingdom and France. In some cases, the police resorted to force and tear gas to calm down more radical activists and disperse those who staged unauthorized rallies.

In pictures: Demonstrators wave Palestinian and Turkish flags during a rally in front of Israeli embassy in capital Ankara as Tel Aviv intensifies attacks on Palestinians on sixth consecutive day pic.twitter.com/sli0QF2LWh