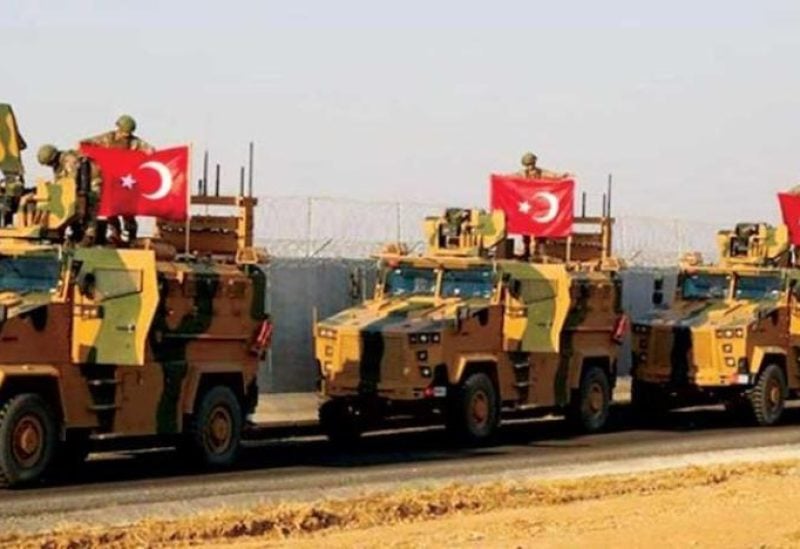 Turkish and Iranian media reported that Iran’s top diplomat, Hossein Amir-Abdollahian, might be visiting Ankara on Tuesday to meet with his Turkish counterpart, Mevlut Cavusoglu.

Meanwhile, developments in northern Syria reflected a divergence in the positions of Türkiye and the Syrian regime regarding the path of normalizing relations between Ankara and Damascus.

In the last few days, Damascus put forward conditions for continuing talks. Ankara, for its part, examined the possibility of holding a new meeting for the Turkish, Syrian, and Russian defense ministers before the talks of foreign ministers, which was postponed from January to mid-February.

Concurrently, Türkiye resumed sending military reinforcements to its areas of control in Syria. Ankara sent back up to its loyalist factions in Aleppo. Recipients of the support included the Syrian National Army.

Turkish forces also established a helipad near a base for its forces in the town of Balyoun, which is nestled within the de-escalation zone in Idlib.

Additionally, a Turkish military convoy entered the city of al-Bab east of Aleppo through al-Rai crossing north of the governorate.

The convoy stopped in Jabal Aqeel region to load military equipment, personnel carriers, and ammunition. It was accompanied by military vehicles belonging to the Turkish-backed Sultan Murad faction, according to a source from the opposition.

This is taking place despite efforts paid towards thawing ties between Syria and Turkey following a meeting in Moscow in late December last year that brought together ministers of defense of Syria, Russia, and Turkey.

The latest reinforcements sent by the Turkish army to Idlib, northwestern Syria, coincided with the meeting of the defense ministers.

Only a day before dispatching the convoy to al-Bab, Ibrahim Kalin, spokesman and foreign policy adviser for Erdogan, affirmed that a ground military operation targeting SDF sites in northern Syria is still an option on Ankara’s table.

Kalin said that attacking the SDF remains a viable option so long that Washington and Moscow fail to fulfill their pledges by virtue of which Türkiye froze its 2019 offensive into northeastern Syria, code-named Operation Peace Spring.

In exchange for stopping attacks on SDF positions east of the Euphrates, Türkiye was promised that SDF elements would be removed 30 km away from Turkish borders.

Recent days have witnessed an escalation of confrontations between the areas of deployment of the Turkish forces and their allied factions, and the areas of the regime forces and SDF.

The stepped-up dispute comes in parallel with talk about preparing for a meeting of the foreign ministers of Türkiye, Syria and Russia.

The top diplomats are supposed to meet within the framework of the second phase of normalizing relations between Ankara and Damascus. But the foreign ministers’ meeting has been stalled and replaced by Ankara’s announcement of holding a second meeting of defense ministers.

A Turkish soldier died of wounds sustained in an attack on a Turkish base in Aleppo’s countryside, the Turkish defense ministry announced on Sunday.

The ministry posted video footage on Twitter showing the bombing of SDF sites in northern Syria in response to the attack on the Turkish base. At least 11 SDF elements were killed in the retaliatory attack.

Since May last year, Türkiye has repeatedly threatened to launch a military operation that targets SDF sites in Manbij, Tal Rifaat and Ain al-Arab (Kobani) to remove the Kurdish forces from its borders.