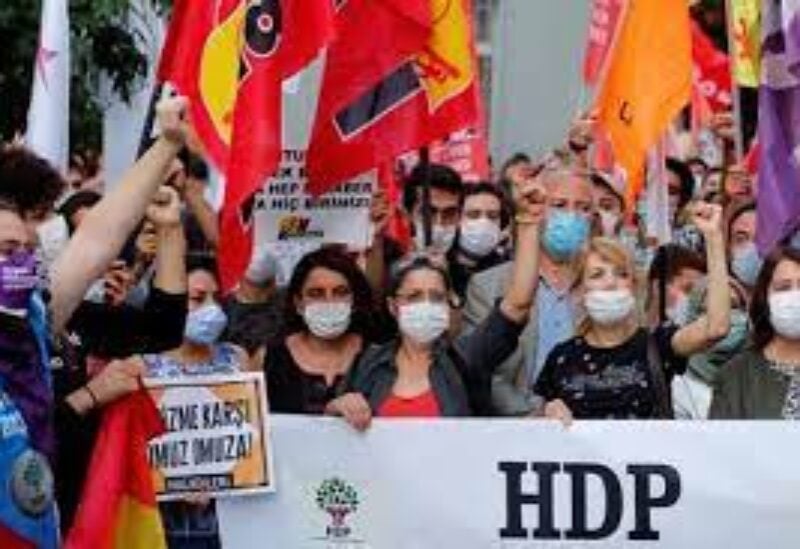 Separately, Turkey’s Human Rights Association (IHD) said its chairman, Ozturk Turkdogan, was arrested in a raid by police on his home on Friday morning. The IHD said on Twitter its lawyers were seeking information about his case.

A Turkish prosecutor filed a case with the Constitutional Court on Wednesday demanding a ban on the HDP, the culmination of a years-long crackdown against the third largest party in the parliament  The HDP called it a “political coup”.

Police staged simultaneous raids in four districts and among those detained were the two top HDP officials in the Istanbul district of Kagithane and its Besiktas district head, state-owned Anadolu news agency said.

There were arrest warrants for 15 people in total, it added.

The US and Europe criticized the move to open the court case, saying it undermined democracy, but a spokesman for President Tayyip Erdogan said the HDP had ties to the outlawed Kurdistan Workers Party (PKK) militant group.