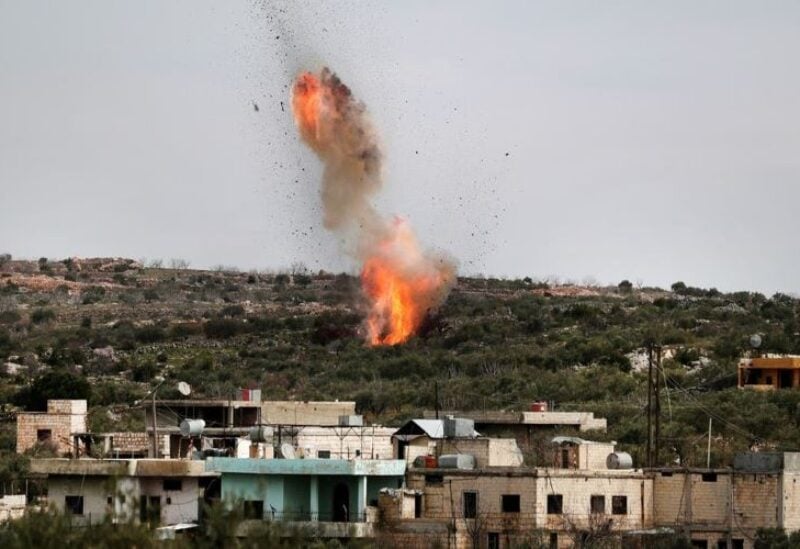 A picture taken on March 5, 2020 shows an explosion following Russian air strikes on the village of al-Bara in the southern part of Syria's

Twelve members of Syria’s internal security forces were mildly injured in a bomb blast on a police bus in the southern province of Daraa on Wednesday, according to state news agency SANA.

According to SANA, the bomb exploded near Jisr Saida in Daraa province.

Daraa province and its city, the birthplace of Syria’s 2011 rebellion, were retaken by the government in 2018.

Last year, though, diehard rebels who remained in a southern area of the city named Daraa al-Balad fought government forces.

A 2021 ceasefire mediated by Moscow saw hundreds of opposition fighters bused out of the city, but some have remained.

According to the British-based Syrian Observatory for Human Rights, which has a large network of informants inside Syria, 20 strikes have been registered in Daraa province since the beginning of the year.

According to the war monitor, 16 persons were killed in those assaults, including eight civilians.

According to SANA, two explosives detonated on an army bus in Damascus in October killed at least 14 people and injured three more, making it the bloodiest such strike in four years.

Syria’s crisis, which began in 2011, has killed around 500,000 people and resulted in the greatest conflict-induced displacement since World War II.