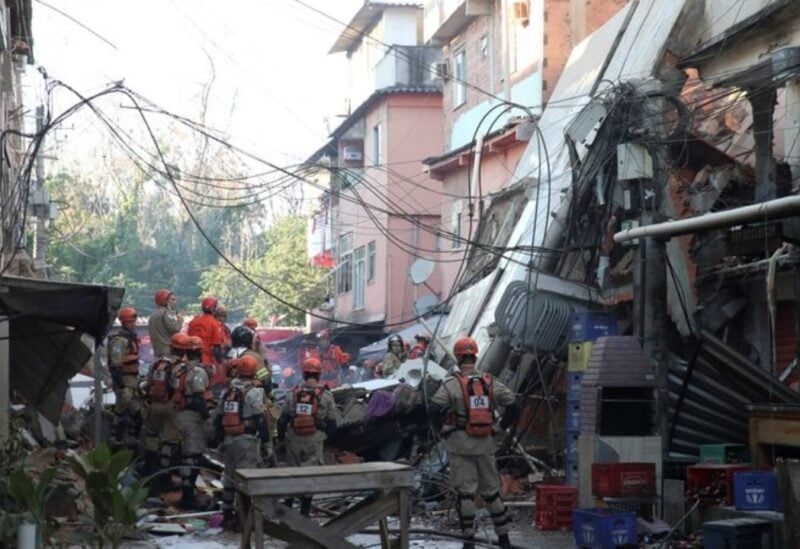 A residential building in a working class part of Rio de Janeiro collapsed on Thursday, claiming at least 2 lives and underlining the precarious state of several structures in parts of the city where authorities say organized crime is heavily involved in construction.

Residents told Reuters they heard a booming noise that was followed by a blaze, sparking panic in the western neighborhood of Rio das Pedras.

Over 100 firefighters and other public safety workers rushed to the scene.Authorities said a man, a woman and a child were buried.

Only the woman survived, said a public safety source, who spoke on condition of anonymity as he was not permitted to speak to media. “Unfortunately, we lost the other two.”

Rio das Pedras is the birthplace of Rio de Janeiro’s so-called “militias,” and it remains firmly in the grasp of the organized crime groups. While originally created to defend inhabitants from drug gangs, militias now act as crime outfits in their own right.

These groups have grown in power over the last 2 decades, operating increasingly complex, profitable and deadly rackets throughout the city. Among their money-making operations, they build residential structures without official approval or permission, and rent the buildings out, sometimes to catastrophic repercussions.

Sources involved in the rescue noted that the building that collapsed on Thursday was not approved by authorities.