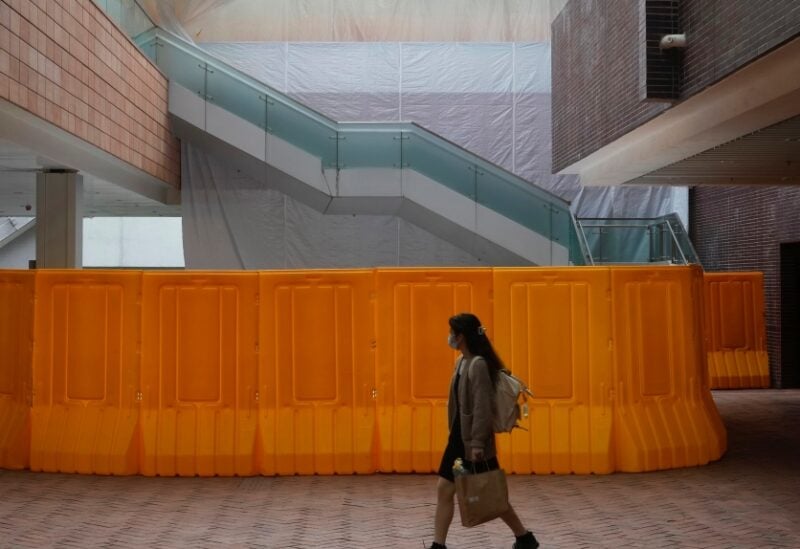 Following the destruction of a sculpture honouring victims of the crackdown at another institution this week, two more Hong Kong universities removed public memorials to the 1989 Tiananmen Square demonstrations in Beijing on Friday.

The withdrawals at Chinese University and Lingnan University in the global financial capital occurred as officials tightened their grip on the country’s national security regulations.

Human rights advocates claim that the law is being used to crush civil society, imprison democracy activists, and restrict basic freedoms, but officials claim that the security measures have restored order following huge protests in 2019.

Just before dawn, a 6.4-metre (20-foot) -tall bronze statue representing the “Goddess of Democracy” holding a flame aloft was removed from a public piazza at Chinese University.

In a statement, the university said the “unauthorized statue” had been taken away following an “internal assessment”.

The sculpture, which had stood on the campus for more than a decade, was modelled on a 10-metre (30-foot) white plaster and foam statue erected by students in Tiananmen Square to symbolize their resolve to pursue liberty and democracy in China under Communist party rule.

A group of about two dozen students gathered to denounce the move by their university, handing out June 4 flyers as well as missing person posters of the democracy goddess with the words: “Have you seen her?” Another read, “Bring her back”.

Others placed crystanthemums, a traditional Chinese symbol of mourning, lit candles on the site where the statue once stood, and played the song “Bloodstained Glory” to remember the hundreds, perhaps thousands killed in 1989.

“This statue represents the school environment is open. It’s a symbol of academic freedom … It makes people doubt whether the school can still ensure the space is free and people can speak freely,” he told Reuters.

Unlike mainland China, where authorities ban any memorials or public commemoration of June 4, Hong Kong had previously been the only place on Chinese soil where such remembrances were permissible.