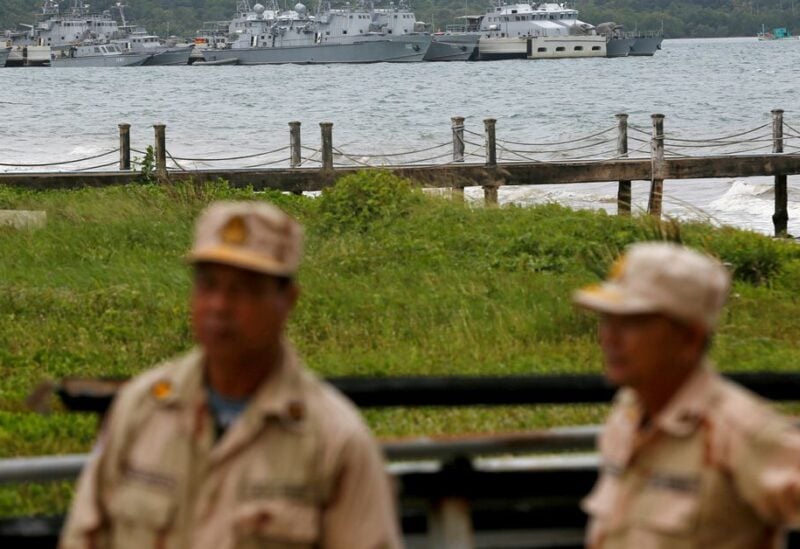 The US blacklisted two Cambodian officials on Wednesday, accusing them of attempting to benefit from development work at Cambodia’s largest naval facility, where Washington has expressed worry over China’s military presence.

In a statement, the US Treasury Department said it sanctioned Cambodia’s navy commander, Tea Vinh, and Chau Phirun, director-general of the Defense Ministry’s Material and Technical Services Department, accusing the two of plotting to divide cash from the Ream naval station project.

The sanctions freeze any of their assets in the United States and generally prohibit Americans from engaging with them.

“The United States will not stand by while corrupt officials personally benefit at the expense of the Cambodian people,” Andrea Gacki, director of the Treasury’s Office of Foreign Assets Control, said in the statement.

Cambodia’s foreign and defense ministries did not immediately respond to a request for comment.

A year ago, Cambodia said it had razed a U.S.-funded facility at the Ream naval base to allow for further expansion. The United States said Cambodia had a year earlier turned down its offer to repair the base.

The United States last month accused Cambodia of lacking transparency about Chinese construction activities at the Ream naval base, and urged the government to disclose to its people the full scope of Beijing’s military involvement.

The Treasury statement on Wednesday did not mention China’s involvement with the base.

Cambodia’s ties with the United States have frayed in recent years over U.S. allegations its ruling party is persecuting its opponents, and concerns about China’s growing influence.

Cambodia has moved closer to China to become one of its most important allies in Southeast Asia, at a time when Washington has been seeking to counter Beijing’s growing influence in the region.