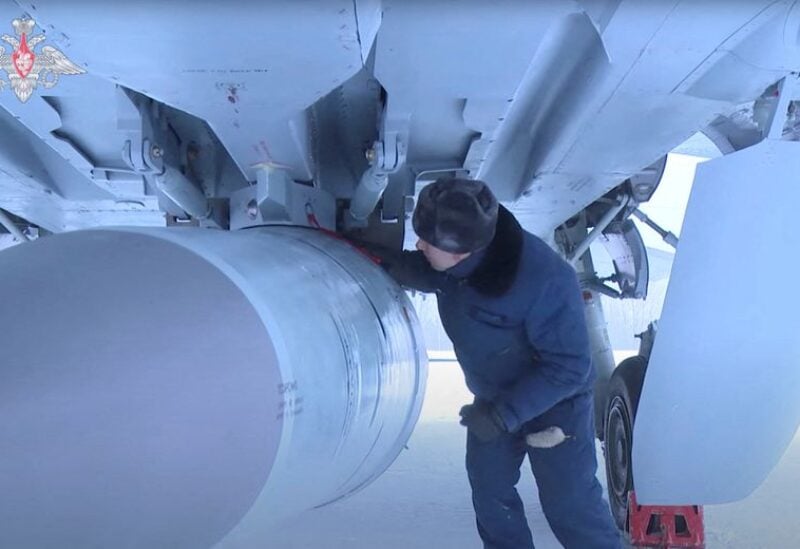 The US cannot independently confirm or refute a Russian claim made over the weekend that it fired hypersonic missiles at a Ukrainian target, but the use of such a weapon makes little military sense and could be intended to send a message, according to a senior US defense official on Monday.

Russia said on Saturday that it had destroyed a large weapons depot in Ukraine’s western Ivano-Frankivsk region with hypersonic Kinzhal (Dagger) missiles.

“It’s a bit of a head-scratcher, to be honest with you, because it’s not exactly clear why — if it’s true – why would you need a hypersonic missile fired from not that far away to hit a building,” the U.S. official told reporters on condition of anonymity.

The official speculated Russia might be trying to send a message to the West and to Ukraine to build up leverage in negotiations. Or perhaps it was turning to higher-end inventory because of what the United States assesses are constraints on Russia’s supplies of precision-guided munitions.

Russia’s Interfax news agency said it was the first time Russia had deployed the Kinzhal system since it sent its troops into Ukraine on Feb. 24.

Moscow prides itself on its advanced weaponry, and President Vladimir Putin said in December that Russia was the global leader in hypersonic missiles, whose speed, maneuverability and altitude make them difficult to track and intercept.

But Russia’s assault on Ukraine, now in its fourth week, has stalled along most fronts. Moscow has failed to seize a single major Ukrainian city much less capture the capital Kyiv or swiftly topple the government of President Volodymyr Zelenskiy.

Thousands of Russian and Ukrainian troops have died, and Russia’s artillery-heavy army has suffered large losses in tanks and armor. Five Russian generals have already been killed, a loss of senior commanders in such a short period almost unheard of in modern warfare.

The U.S. official said Russia was already experiencing failures with its supplies of precision-guided munitions.

The senior U.S. defense official broadly described Russia’s offensive in Ukraine as stalled. Moscow’s decision to increasingly turn to long-range missile strikes and artillery bombardment of Ukrainian cities “is a reflection … of what some people believe is a desperate attempt by them to gain some momentum, to try to turn the course of the war.”

“And that’s why it’s getting so much more dangerous for civilians because the more you use long-range fires … the more you’re going to hit civilian targets,” the official said.