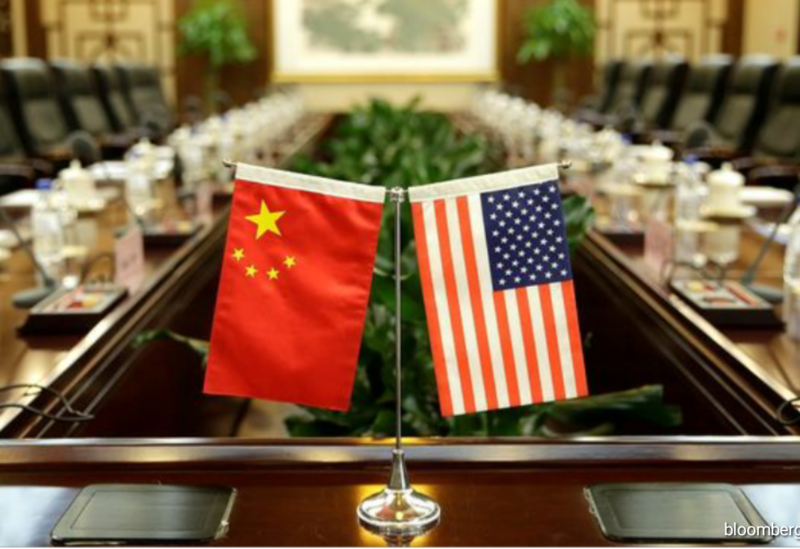 The first high-level U.S.-China meeting of the Biden administration got off to a fiery start on Thursday, with both sides leveling sharp rebukes of the others’ policies in a rare public display that underscored the level of bilateral tension.

The run-up to the talks in Anchorage, Alaska, which followed visits by U.S. officials to allies Japan and South Korea, was marked by a flurry of moves by Washington that showed it was taking a tough stance, and by blunt talk from Beijing.

“We will … discuss our deep concerns with actions by China, including in Xinjiang, Hong Kong, Taiwan, cyber attacks on the United States, economic coercion of our allies,” U.S. Secretary of State Antony Blinken told his Chinese counterparts in a highly unusual extended back-and-forth in front of cameras.

“Each of these actions threaten the rules-based order that maintains global stability,” he said.

The Biden administration has made clear that it is looking for a change in behavior from China, which has expressed hope to reset relations between the world’s two largest economies that worsened drastically under former President Donald Trump.

China’s top diplomat Yang Jiechi responded with a 15-minute speech in Chinese while the U.S. side awaited translation, lashing out over what he said was the United States’ struggling democracy, poor treatment of minorities, and criticizing its foreign and trade policies.

“The United States uses its military force and financial hegemony to carry out long-arm jurisdiction and suppress other countries,” said Yang.

“It abuses so-called notions of national security to obstruct normal trade exchanges, and incite some countries to attack China,” he added.

Throughout Yang’s monologue, U.S. National Security Adviser Sullivan and other officials in the delegation passed notes to each other. At the end, Blinken held journalists in the room so he could respond.

What is typically a few minutes of opening remarks in front of journalists for such high-level meetings lasted more than an hour, and the two delegations tussled about when media would be ushered out of the room.

Afterwards, the United States accused China of “grandstanding” while Chinese state media blamed U.S. officials for speaking too long and being “inhospitable”.

Both sides accused the other of violating diplomatic protocol by speaking too long in opening remarks.

“The Chinese delegation … seems to have arrived intent on grandstanding, focused on public theatrics and dramatics over substance,” the official told reporters at the Anchorage hotel where the meeting was taking place.

“Exaggerated diplomatic presentations often are aimed at a domestic audience,” the official added.

Many netizens on China’s social media said Chinese officials were doing a good job in Alaska, and that the U.S. side lacked sincerity.

Some even characterized the talks as a “Hongmen Banquet”, referring to an event that took place 2,000 years ago where a rebel leader invited another to a feast with the intention of murdering him.

Still, the two sides reconvened for another meeting on Thursday evening, and a senior Biden administration official said that the first session was “substantive, serious, and direct,” running well beyond the two hours originally allotted.

“We used the session, just as we had planned, to outline our interests and priorities, and we heard the same from our Chinese counterparts,” the official said in the pool report, adding that a third session of talks was scheduled for Friday morning.

While much of Biden’s China policy is still being formulated, including how to handle the tariffs on Chinese goods implemented under Trump, his administration has so far placed a stronger emphasis on democratic values and allegations of human rights abuses by China.

China firmly opposes U.S. interference in what it regards as its internal affairs, issues such as Taiwan, Hong Kong and Xinjiang.

Taiwan’s Foreign Ministry said it was expecting the United States to brief them about the talks.

Washington says Blinken’s Asia tour before the meeting with Chinese officials, as well as U.S. outreach to Europe, India and other partners, shows how the United States has strengthened its hand to confront China since Biden took office in January.

But the two sides appeared primed to agree on very little at the talks.

Even the status of the meeting became a sticking point, with China insisting it is a “strategic dialogue”, harkening back to bilateral mechanisms of years past. The U.S. side rejected that, calling it a one-off session.

On the eve of the talks, the United States issued a flurry of actions directed at China, including a move to begin revoking Chinese telecoms licenses, subpoenas to multiple Chinese information technology companies over national security concerns, and updated sanctions on China over a rollback of democracy in Hong Kong.

Adding to tensions, China on Friday tried a Canadian citizen on espionage charges, in a case embroiled in a wider diplomatic spat between Washington and Beijing.

At the talks on Thursday, Chinese State Councilor and Foreign Minister Wang Yi questioned Blinken about whether the sanctions were announced ahead of the meeting on purpose.

Washington has said it is willing to work with China when it is in U.S. interests, citing climate policy and the coronavirus pandemic as examples. Blinken said Washington hoped to see China use its influence with North Korea to persuade it to give up its nuclear weapons.

Bonnie Glaser, an Asia expert at the Center for Strategic and International Studies, said tough statements from both sides in the run-up to the meeting had created a risk that it would devolve into an exchange of accusations and demands.

“Neither side benefits from this meeting being judged a total failure,” Glaser said.