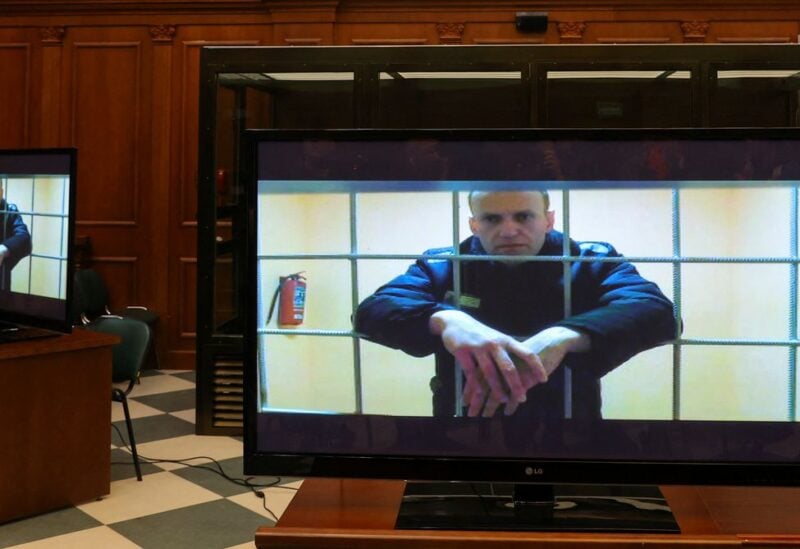 Russian opposition leader Alexei Navalny is seen on screens via a video link from the IK-2 corrective penal colony in Pokrov during a court hearing to consider an appeal against his prison sentence in Moscow, Russia May 24, 2022. REUTERS/Evgenia Novozhenina

The Russian government’s treatment of opposition leader Alexei Navalny in prison has raised serious concerns in the United States, according to State Department spokesman Ned Price.

According to a statement from Price, Navalny’s defense preparation and lawyer communication have been hampered by Russian prison authorities. He added that Navalny had previously been imprisoned in solitary for relatively minor alleged offenses.

Navalny, President Vladimir Putin’s most vocal critic inside Russia, is serving an 11-1/2 year sentence after being found guilty of parole violations and fraud and contempt of court charges. He says all charges against him were fabricated as a pretext to smother dissent and thwart his political ambitions.

Navalny said on Thursday that prison authorities were stripping him of his attorney-client privilege, with all correspondence with his legal team now subject to three-day checks by prison staff.

Writing on Twitter, where Navalny has been posting via his lawyers, the Kremlin critic said prison administrators had refused to tell him the reasons for the move, and that he now communicates with his lawyers through “double plastic glass with bars inside”.