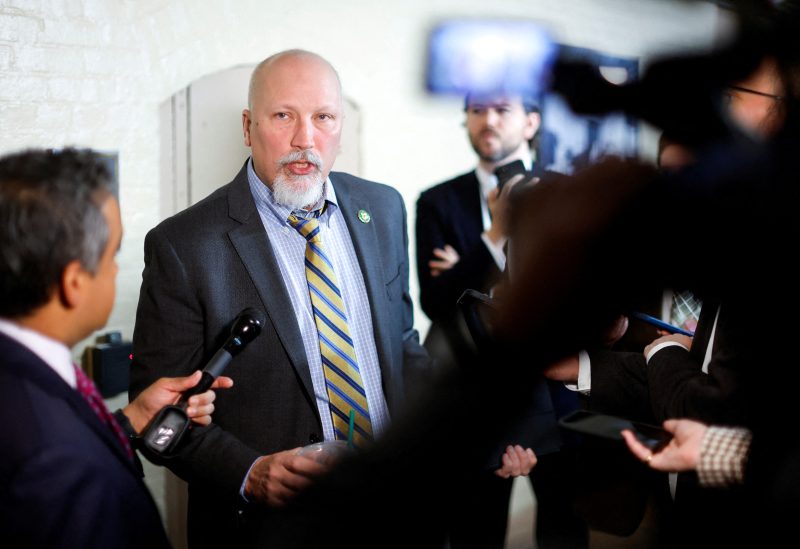 The United States’ borrowing limit of $31.4 trillion was set to be reached on Thursday, amid a standoff between the Republican-controlled House of Representatives and President Joe Biden’s Democrats that could lead to a fiscal crisis in a matter of months.

Republicans hope to use the congressionally mandated federal debt ceiling to force spending cuts from Biden and the Democratic-led Senate.

Thursday’s deadline will have little immediate effect, because Treasury officials are prepared to begin employing emergency cash management measures to stave off default. More serious risks will emerge closer to June, when the government approaches the so-called X date, beyond which the Treasury would run out of emergency maneuvers.

Ahead of that deadline, there was no sign that either side was willing to bend.

“It is something that should be done without conditions. We should not be negotiating around it. It is the basic duty of Congress to get that done,” White House Press Secretary Karine Jean-Pierre told reporters.

Republicans are instead pursuing a “debt prioritization” plan that would seek to avert default by urging the Treasury to prioritize debt payments, and possibly other priorities such as Social Security and Medicare, should the limit be breached during negotiations. Republicans hope to complete the legislation by the end of March.

The prospect for brinkmanship has raised concerns in Washington and on Wall Street about a bruising fight over the debt ceiling this year that could be at least as disruptive as the protracted battle of 2011, which prompted a downgrade of the U.S. credit rating and years of forced domestic and military spending cuts.

“We’re not going to default on the debt. We have the ability to manage servicing and paying our interest. But we similarly should not blindly increase the debt ceiling,” Representative Chip Roy, a leading conservative, told Reuters.

Roy dismissed concerns about unsettling markets and risking a recession.

“That’s what they say every time. It’s like clockwork,” Roy said in an interview. “We’re already barreling toward a recession. The question is what it’s going to look like – unless the combination of monetary policy and fiscal policy saves us from our stupidity of having spent so much money.”

Congress adopted a comprehensive debt ceiling, the statutory maximum of debt the government can issue, in 1939, intending to limit its growth. The measure has not had that effect, as, in practice, Congress has treated the annual budget process — deciding how much money to spend — separately from the debt ceiling — in essence, agreeing to cover the costs of previously approved spending.

Negotiations on debt prioritization and spending are not expected to get into full swing until lawmakers return to Washington next week.

The Republican plan calls for balancing the federal budget in 10 years by capping discretionary spending at 2022 levels, and using House oversight to identify federal programs that can be eliminated or scaled back in spending bills that are expected to emerge from the House Appropriations Committee later this year.

Congress and the White House likely have until early June to find agreement on government funding, before Washington must confront the specter of a first-ever default, according to Treasury Secretary Janet Yellen.

“We are optimistic that Democrats will come to the table and negotiate in good faith,” said Republican Representative Ben Cline, who leads a conservative task force on the budget and spending. “There’s a lot of room to negotiate when it comes to steps that can be taken to address the fiscal crisis that we find ourselves in.”