U.S. imposes sanctions on four in Ukraine it says spread disinformation for Russia 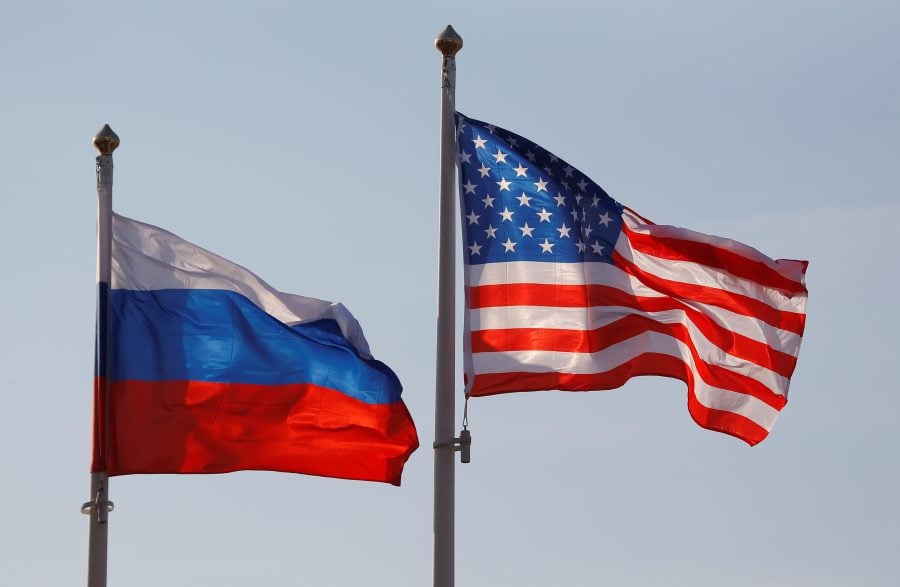 National flags of Russia and U.S. fly at Vnukovo International Airport in Moscow

The United States sanctioned current and former Ukrainian officials it accused of engaging in efforts intended by Moscow to destabilize Ukraine on Thursday, warning that it was prepared to take more action if Russia launched an invasion of the former Soviet country.

Russia has amassed tens of thousands of troops on its borders with Ukraine, raising fears that Moscow is contemplating a major offensive against the nation. Russia denies plotting an assault, but says it may take unspecified military action if a list of demands is not satisfied, including NATO’s vow not to admit Kyiv as a member.

“We’re not waiting to respond to Russia with these moves; we’re doing them right now. This illustrates that we support the Ukrainian government’s attempts to identify, expose, and undermine Russia’s destabilizing activities within Ukraine,” says a senior administration official in the United States.

The US targeted two Ukrainian parliamentarians, Taras Kozak and Oleh Voloshyn, as well as former officials Volodymyr Oliynyk and Vladimir Sivkovich, according to a Treasury Department statement.

According to the Treasury, individuals identified work under the supervision of Russia’s FSB security service and have participated in Russia’s attempt to destabilize sovereign countries, including the United States, in favor of the Kremlin.

Thursday’s action was the latest by Washington to target purveyors of Russian disinformation and interference, a second senior U.S. administration official said.

“They come in addition to a range of sanctions we are prepared to take with allies and partners to impose severe costs on Russia and its economy if it were to further invade Ukraine in the future,” the official said.

Asked if the United States was planning to target Russia’s participation in the SWIFT financial system if Moscow invades Ukraine, one official said, “We have not taken any options off the table.”

Western countries insisted on Thursday they would be unified in responding strongly to any Russian assault on Ukraine, shifting into damage control after U.S. President Joe Biden suggested divisions about how to react to a “minor incursion.”

U.S. Secretary of State Antony Blinken was in Germany on Thursday, meeting French, British and German ministers ahead of talks in Geneva on Friday with Russian Foreign Minister Sergei Lavrov.