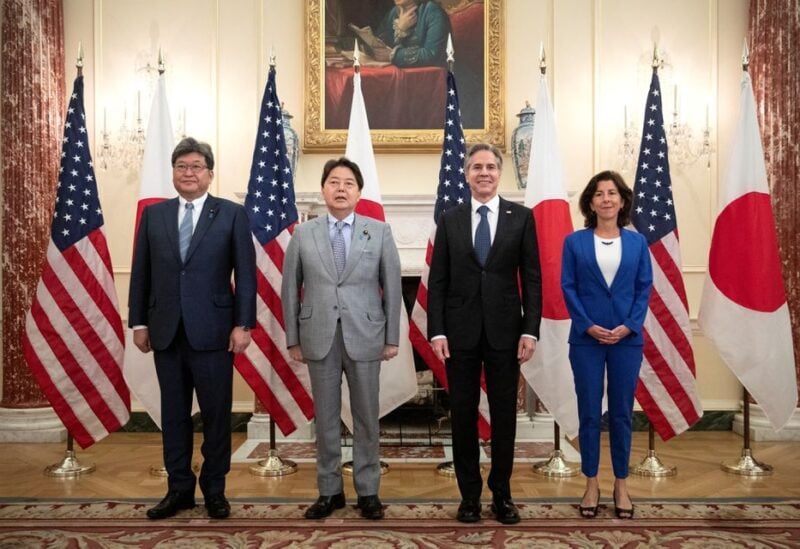 On Friday, long-time allies the United States and Japan inaugurated a new high-level economic conversation geared at combating China and mitigating the disruption produced by Russia’s invasion of Ukraine.

During the so-called economic “two-plus-two” ministerial conference in Washington, the two countries agreed to build a new joint research center for next-generation semiconductors, according to Japanese Trade Minister Koichi Hagiuda.

“It is vital that we work together to safeguard the rules-based economic order, one in which all nations may participate, compete, and succeed,” Blinken said during the inaugural session.

Blinken said recent world events, including COVID-19 and the war in Ukraine, had shown the vulnerability of critical supply chains, while a growing number of countries were struggling with debt burdens due to unsustainable and non-transparent lending practices.

Hayashi of Japan characterized Russia’s invasion of Ukraine a major challenge to the world order and referred to attempts “to utilize economic influence unjustly and opaquely to fulfill… strategic aims and to disrupt the current international order,” a clear reference to China.