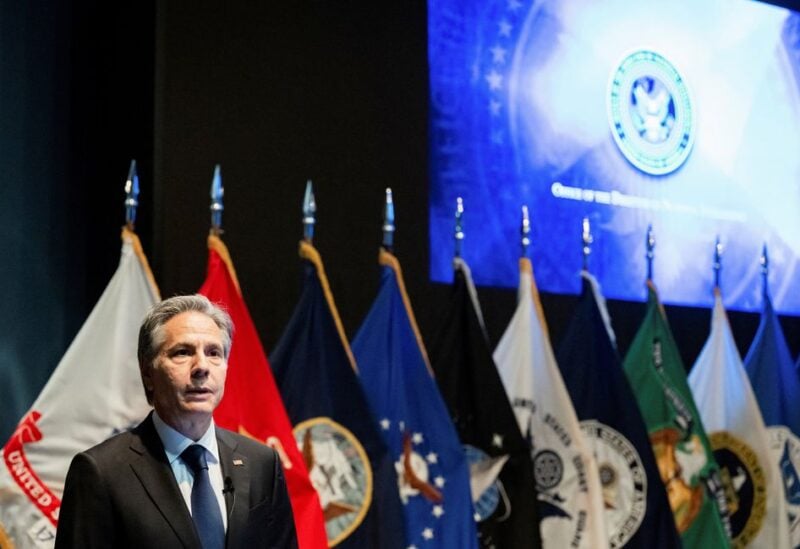 On a list of nations with a “policy or pattern” of forced labor and human trafficking, as well as those whose security services or armed organizations with support from the government recruit or utilize children as combatants, the United States added Russia on Tuesday.

The State Department published the listings in its yearly report on human trafficking, which for the first time included a section on “State-Sponsored Trafficking in Persons” in response to a congressional mandate for 2019.

Russia appeared frequently throughout the report because of its Feb. 24 invasion of Ukraine and what the document called the vulnerability to trafficking of millions of Ukrainian refugees in countries to which they have fled.

“Millions of Ukrainians have had to flee their homes … some leaving the country altogether, most with just what they were able to carry,” Secretary of State Antony Blinken told a ceremony as he presented the report. “That makes them highly vulnerable to exploitation.”

The Russian embassy in Washington did not respond immediately to a request for comment on the report’s allegations.

In addition to Russia, the new state-sponsors section listed Afghanistan, Burma, Cuba, Iran, North Korea, and five other countries with a “documented ‘policy or pattern’ of human trafficking,” forced labor in government-affiliated sectors, sexual slavery in government camps or that employ or recruit child soldiers.

The report contained a separate list of 12 countries that employ or recruit child soldiers. That list included Russia and a number of those in the new state-sponsors section.

The report did not elaborate on why each government was included but its individual country chapters detailed the scale of trafficking in each and how they are addressing it, ranking each nation’s efforts according to four tiers.

Moscow, the Russia chapter said, was “actively complicit in the forced labor” of North Korean migrant workers, including by issuing visas to thousands in an apparent bid to circumvent United Nations resolutions demanding their repatriation.

It also cited reports that after seizing parts of Ukraine’s eastern Donbas region in 2014, Russian-led separatists used children to man checkpoints and serve as fighters and in other posts.

It cited reports that Russian-led troops have forced thousands of Ukrainians, including children, through “filtration camps,” where their documents are seized, they are compelled to take Russian passports and then transported to remote areas of Russia.

The report took aim at China’s solar industry, saying everything from raw silicon material mining to final solar module assembly is “linked to known or probable forced labor programs,” including in the Xinjiang region.

Washington says Chinese authorities in Xinjiang are committing genocide against Uyghurs and other Muslim groups. Beijing denies the allegation.