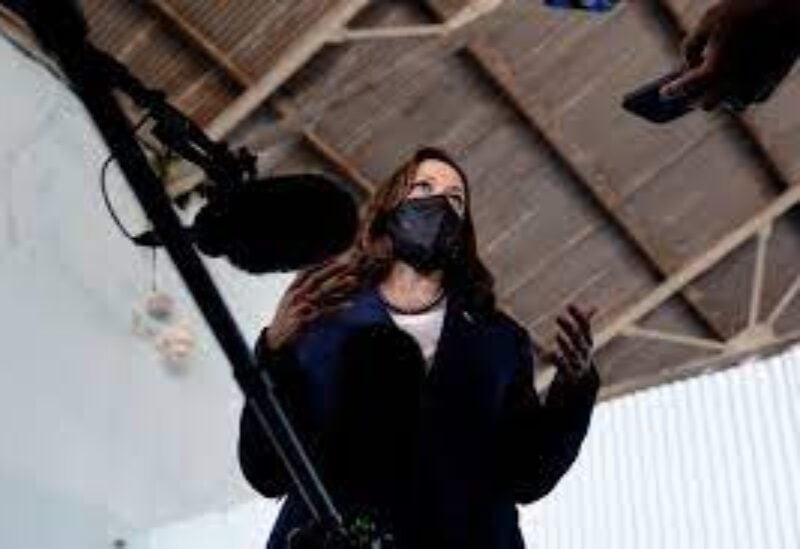 The US and Taiwanese vice presidents spoke briefly at the inauguration of Honduras’ new president on Thursday, a rare interaction that is highly significant and prompting resentment in Beijing at a time of simmering tension with Washington.

The United States, like other nations, has no official diplomatic relations with Taiwan, despite its strong support for the island both politically and via weaponry sales is one of the primary drivers of Sino-U.S. tension.

US Vice President Kamala Harris stated in Honduras that she spoke with her Taiwanese counterpart, William Lai, about their common interest in Central America and the US government’s “root causes” plan to reduce migration.

“The brief conversation that we had was really about a common interest in this part of the region and apparently Taiwan’s interest in our root causes strategy,” she told reporters, adding Lai had approached her.

It carried a picture of them standing next to each other on a stage talking, both wearing face masks, and Lai sporting a lapel pin of entwined Taiwanese and Honduran flags.

Lai told reporters traveling with him that when talking to Harris he thanked the United States for its “rock-solid” help to Taiwan, and that he thought she was a “very capable person”, the Central News Agency reported.

China reacted with anger. Its Taiwan Affairs Office said the United States should “take actual steps to put into effect its promises not to support Taiwan independence, and stop playing with fire on the Taiwan issue”.

Lai also posted a picture on his Facebook page in which he appeared in a small group photograph being taken with Spanish King Felipe VI, though it did not show them speaking.

Honduras is one of only 14 countries still to formally recognize Taiwan.

Honduras’ new president, Xiomara Castro, floated the idea of ditching Taipei for Beijing in her election campaign, though on Wednesday she told Lai that Honduras is grateful for Taiwan’s support and hopes to maintain their relationship.

Castro and Lai met again on Thursday, with Lai handing over a donation of supplies to fight the COVID-19 pandemic.

“I appreciate the solidarity, as well as the willingness to support us in our development agenda,” she wrote in a tweet.

Speaking after her meeting with Castro, Harris said they did not discuss China.

China has ramped up pressure to reduce Taiwan’s international footprint, saying the democratically governed island is Chinese territory with no right to state-to-state ties.

In the run-up to the November election, a visiting U.S. delegation to Honduras made clear it wanted the Central American country to maintain its Taiwan relations.

The United States has worried about growing Chinese influence in its back yard.

China last month re-established relations with Nicaragua, a neighbor of Honduras, and has openly said it is aiming to reduce the number of Taiwan’s diplomatic allies to zero.