U.S. to send hundreds of armored vehicles, rockets to Ukraine 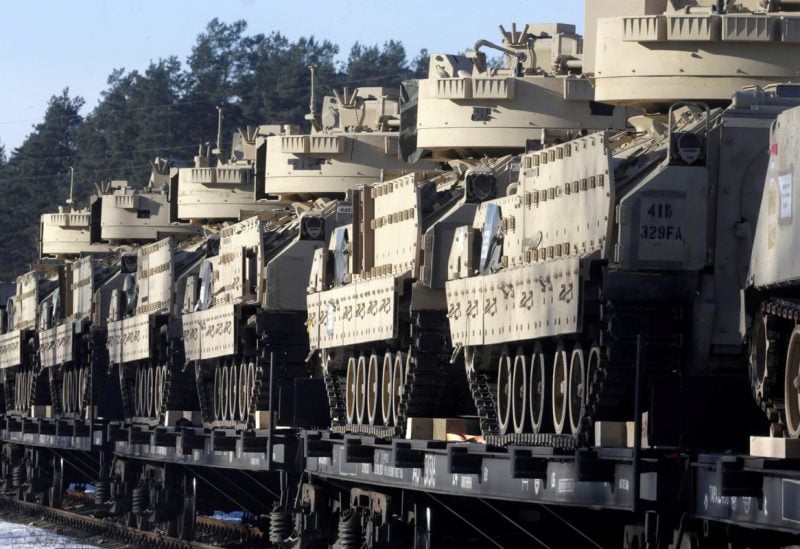 U.S. Bradley fighting vehicles that will be deployed in Latvia for NATO's Operation Atlantic Resolve wait for an unload in Garkalne, Latvia February 8, 2017. REUTERS/Ints Kalnins/File Photo

As part of a $2.5 billion military aid package, the United States announced on Thursday that it would send hundreds of armored vehicles, rockets, and artillery shells to Ukraine.

The 59 Bradleys included in the latest U.S. package come after a previous 50 announced earlier in January. The armored Bradley has a powerful gun and has been used by the U.S. Army to carry troops around battlefields since the mid-1980s.

In total, the United States has committed more than $27.4 billion in security assistance to Ukraine since Russia invaded in February last year.

Western allies have pledged billions of dollars in weapons for Ukraine. Fearing winter will give Russian forces time to regroup and unleash a major attack, Ukraine is pushing for more assistance to combat Moscow’s invasion.

In his trip to Washington in December, President Volodymyr Zelenskiy told the U.S. Congress that assistance to Ukraine is an investment in democracy, and not charity, while pressing for continued American support.