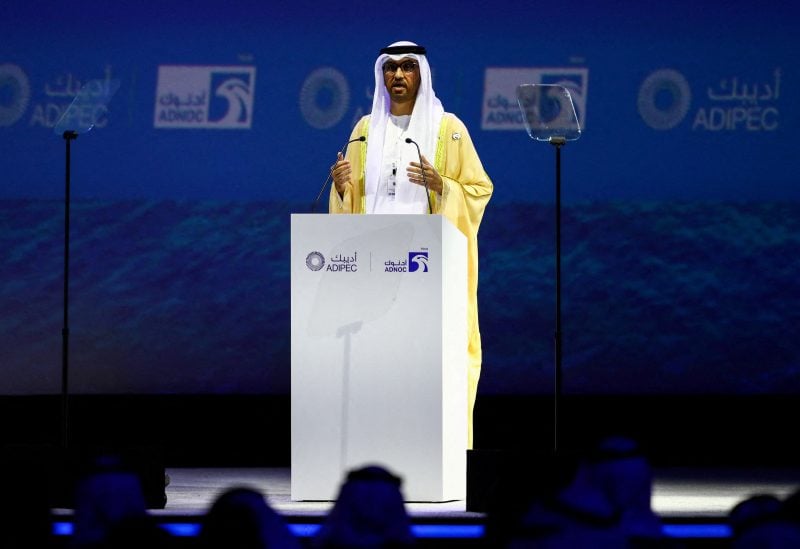 According to his office, Sultan al-Jaber, who is also the UAE’s minister of industry and technology and its climate envoy, will help shape the conference’s agenda and intergovernmental negotiations to build consensus.

The UAE, a major OPEC oil exporter, will be the second Arab state to host the climate conference after Egypt in 2022.

Campaigners and some delegates criticised COP27, saying fossil fuel producers had watered down emission reduction ambitions and benefited from sympathetic treatment from Egypt, a natural gas exporter and frequent recipient of Gulf funds.

The Egyptian presidency denied that.

“Like last year’s summit, we’re increasingly seeing fossil fuel interests taking control of the process and shaping it to meet their own needs,” added Teresa Anderson, global lead of climate justice at ActionAid, in a statement.

More than 600 fossil fuel lobbyists were present at the climate talks in Sharm el-Sheikh.

“Putting an oil CEO in charge of of the negotiations for COP28 is clearly a conflict of interest,” said Lisa Schipper, an environmental geographer who served as lead author on last year’s U.N. Intergovernmental Panel on Climate Change report on climate adaptation.

However, as founding CEO of Abu Dhabi’s renewable energy firm Masdar, in which ADNOC has a 24% stake, Jaber does have green credentials, having overseen its mandate to adopt renewables in the UAE.

The UAE and other Gulf producers have called for a realistic transition in which hydrocarbons would keep a role in energy security while making commitments to decarbonisation.

Demands for governments and companies to leave oil and gas in the ground have gained less traction since Russia’s invasion of Ukraine last year and Europe’s energy crisis.

The UAE, the first country in the region to ratify the Paris Agreement, has committed to reach net zero emissions by 2050.

The Nov. 30-Dec. 12 COP28 conference will be the first global stocktake since the landmark Paris Agreement in 2015.

Jaber, who according to the statement would be the first CEO to serve as COP president, said the UAE would bring “a pragmatic, realistic and solutions-oriented approach”.

“We will take an inclusive approach that engages all stakeholders,” he added.

European Union climate policy chief Frans Timmermans said he would meet Jaber this week. “As incoming Presidency, the UAE has a crucial role in shaping the global response to the climate crisis,” he said on Twitter, adding “we need to pick up speed”.