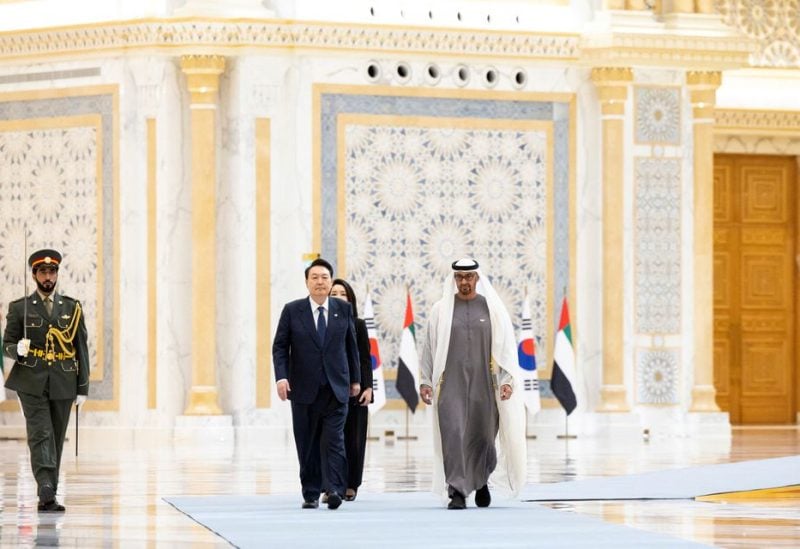 According to the South Korean presidential office, the United Arab Emirates (UAE) has decided to spend $30 billion in South Korea’s businesses as the two nations work to deepen their economic ties.

“We have decided a $30 billion investment based on the trust on South Korea which keeps promises under any circumstances,” Yoon’s office quoted the UAE president as saying.

Details of the investment plan were not immediately known but Yoon’s press secretary, Kim Eun-hye, said in a statement the investment will be directed at nuclear power, defense, hydrogen and solar energy industries, among others.

At their summit, the two countries also signed 13 memorandums of understanding, including an agreement between the state-run Korea Development Bank and the Abu Dhabi state fund Mubadala to cooperate for investment in South Korean companies.