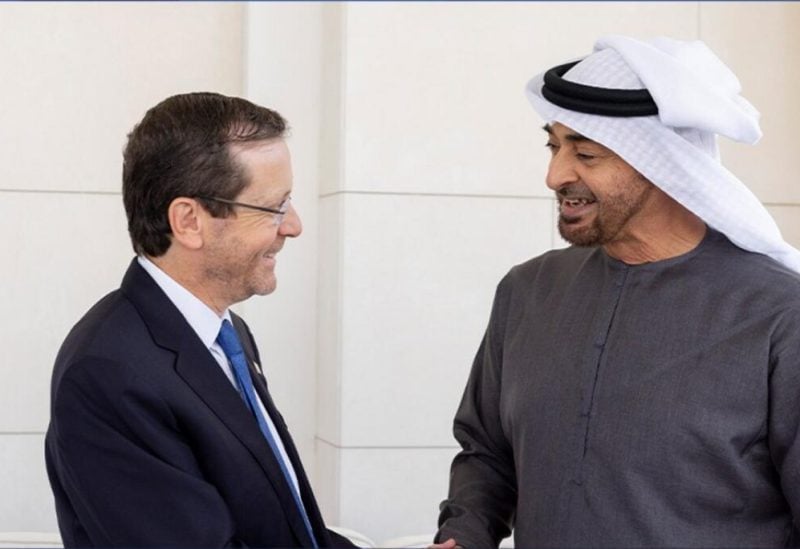 President of the United Arab Emirates Sheikh Mohamed bin Zayed Al Nahyan has met with President of Israel Isaac Herzog who is on a working visit to the UAE to participate in the Abu Dhabi Space Debate. (Supplied: WAM)

Sheikh Mohamed bin Zayed Al Nahyan, President of the United Arab Emirates, met with President of Israel Isaac Herzog, who is in the UAE on a working visit to participate in the Abu Dhabi Space Debate.

Under US sponsorship, Israel normalized diplomatic relations with the UAE and its Gulf neighbor Bahrain two years ago.

The two leaders discussed areas of collaboration between the UAE and Israel and their interest in promoting progress and stability across the region.

They also exchanged views on a number of issues of mutual concern.

The meeting highlighted the role of the Abu Dhabi Space Debate in facilitating dialogue between participants in the global space sector to explore opportunities for sustainable growth and collaboration.

Sheikh Mohamed and President Herzog confirmed the importance of boosting UAE-Israel cooperation in the space sector.